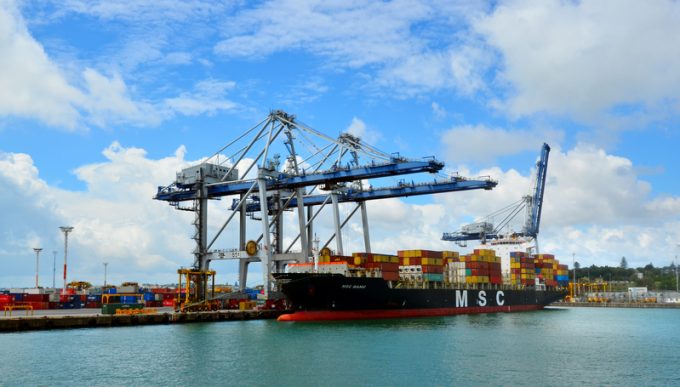 Shippers around the world face huge supply chain challenges from port congestion and an acute shortage of containers.

And one carrier source The Loadstar spoke to today said the problems “will get worse”.

“There are so many pinch points building now and they will only get worse before the holiday season and may well run until Chinese New Year [in February],” he warned.

The New Zealand port of Auckland is the latest in a long line of container hubs to see its shipping community slapped with a port congestion surcharge.

MSC said today that, effective a B/L date of 9 November, it would impose a $300 per teu congestion surcharge on all imports to Auckland from Europe, Turkey and Israel, and imports from China, Japan and South-east Asia, although this has been labelled as a PSS (peak season surcharge).

“Delays and wait times for vessels to berth in Auckland are being reported between 10 to 13 days,” said MSC. “The congestion is due to a lack of workers,” claimed the carrier.

The action by MSC follows months of crisis at the North Island port, partly attributed to a stronger-than-expected peak season, which has caused disruption at many ports around the world after the sudden contraction in demand at the beginning of the pandemic.

Australian ports are suffering from a huge build-up of empty containers, estimated in excess of 50,000, particularly at Sydney where recent industrial action has hit repositioning of equipment to Asia.

Shipowner and vessel operator industry body Shipping Australia said that, while some of its members were looking at the option of using sweeper vessels to help evacuate boxes, issues with berthing congestion, compounded by the scarcity of ad hoc charter vessels, were hindering these efforts.

And Hapag-Lloyd, the first transpacific line to suspend bookings of agricultural products from North America in order to reposition equipment to the more lucrative Asian export market, said the entire industry was facing an “historic challenge” for its container control systems.

According to its director of global container logistics, Nico Hecker, container availability and utilisation across its network is coming under “enormous and unprecedented pressure”.

He said: “We are currently seeing a ‘black swan’ event and experiencing the strongest increase in 40ft demand, following one of the strongest decreases in demand ever. Both happening within just six months.”

Mr Hecker added that it was “hard to believe” that in early July the carrier had some 600,000 teu of empty equipment, for which it was seeking cheap storage, whereas the current 350,000 teu empty fleet – classified as “sitting on the ground” – would “hardly cover two weeks of export volumes”.

Apart from looking at every opportunity to either purchase or lease equipment – the leasing market is currently ‘sold out’ – the carrier is also reducing the number of days shippers can pick up containers for export loading, said Mr Hecker.

“We have to reduce empty idle times, which means that the container availability for exporters is now seven to eight days before the ship arrives.”