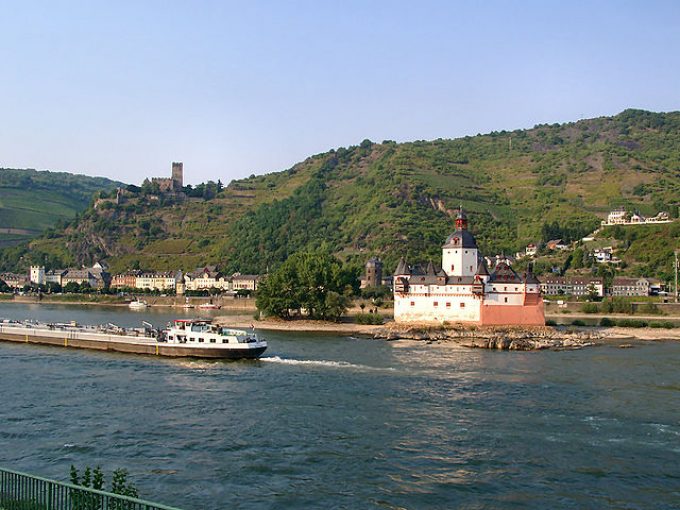 Shippers are facing increased costs and delays on Europe’s inland waterways as soaring summer temperatures have led to declining water levels on the Rhine.

The news is unwelcome to an industry that has had to contend with almost two years of severe congestion at Antwerp and Rotterdam.

According to Hapag-Lloyd, low water levels have forced barge operators to either cut capacity by up to two-thirds or suspend operations completely.

The carrier has warned customers to expect delays in Austria, France, southern Germany and Switzerland as water levels in the upper Rhine are at a “critical point”.

It added: “These extreme conditions will also affect the mid and lower Rhine, where similar measures are be expected.

“Cargo flows from barges will be moved to other modes of transportation, such as rail and truck, resulting in scarce capacity there.”

Furthermore, it said, it was unable to accept “any new transport” orders on some lanes, but neither specified these nor responded to requests for comment from The Loadstar.

Barge operator Contargo said it would be imposing surcharges on the stretch of the Rhine that runs past Kaub should water levels fall below 0.71 metres.

“According to forecasts, in the next few days the Kaub Gauge level is expected to fall below the 0.71 metre mark, which will further reduce the loading capacities of barges,” said Contargo.

“Unfortunately, there is already a shortage of available capacity and no substantial rainfall is forecast, so no improvement in the situation can be expected in the short term,” it added. “We are extending our low water surcharge table to include a further surcharge rate.”

“The surcharge is only made for full containers, and the provision will apply until further notice,” the operator added. “We shall continue to make every effort to transport containers punctually and in good time, but please stay in close contact with the operational points at the inland terminals.”

The hot summer being experienced in Europe has resulted in Rhine levels dropping to their lowest in four years and for those using the inland water network, the problems will only add to the strain of inadequate infrastructure at Antwerp and Rotterdam.

The Benelux ports have faced severe, sometimes even week-long, delays over the past two years, and while efforts have been made many are still experiencing delays of up to 72 hours.

Containers by barge accounts for around 35% of incoming and outgoing cargo at the port of Antwerp and some 50% for Rotterdam.