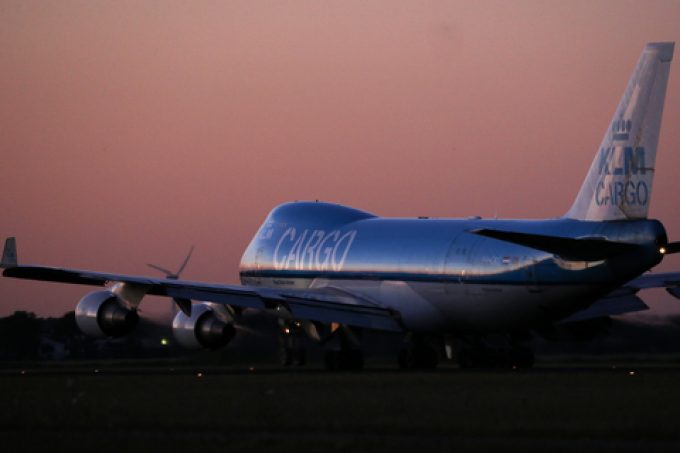 Just as the slot argument in the EU reaches new heights, Maastricht Airport (MAA) is set to ban older 747s and MD-11s, a move that will hit freighter operators.

The ban is expected to come into effect in April, and will see 747-200s prohibited from using the airport, which has sometimes been used as an air cargo overflow for Schiphol.

But Air Cargo Netherlands was sanguine about the move. MD Maarten van As said countries needed to take a proactive policy towards sustainability.

“We have to be prepared for this future, with a critical view on aviation. We understand this step of MAA. In the short-term, of course, this will have operational implications for users.”

The airport told media the measures would reduce both noise pollution and income at the airport, with two 747-200 flights a week set to be cancelled.

The news came as the consultation period on EU slot regulations came to an end, and on this issue, Mr van As was less sanguine.

ACN, with Fenex and TLN, submitted a paper to the EU calling for more flexibility, to take local situations into account and to allow member states to distinguish between passenger aircraft and freighters in slot allocations.

“Full freighters are, for several reasons, important for the network quality of Schiphol and, at the same time, for the Dutch economy,” noted the paper. “Full freighters are essential for many companies and industries with an international value chain.

“The position of full freighters is at risk. Schiphol is a highly congested airport due to the nationally agreed slot-cap of 500,000 slots a year. Full freighter operations comprise approximately 3% of the movements at Schiphol. At the same time, cargo represents approximately 25% of the economic added value.”

ACN urged the EU either to allow rules to differentiate between freighters and passenger aircraft, or to allow slot coordinators the ability “to reserve a certain number of slots for full freighter operations only”.

And the Dutch ministry of infrastructure and water management said it welcomed “this initiative to revise the current EU slot regulation”.

Like ACN, it said it wanted “more opportunity to implement more tailor-made additional national slot allocation criteria”, and to be able to “use the remaining scarce airport capacity as effectively and efficiently as possible, from a socio-economic point of view”.

“The [80:20 slot rule] continues to result in the loss of vital trade connections and inefficient or non-existent use of scarce airport infrastructure uniquely designed for the handling of freighters.

“The Netherlands would therefore want the commission to acknowledge the needs of the different traffic segments – especially full freighter operators – by explicitly leaving room for member states to legitimately and proportionately prioritise certain traffic segments in the determination and allocation of capacity on an objective, unambiguous and transparent manner.”

While the Dutch government and ACN agree on solutions, the latter is very concerned about the timeline.

Mr van As said: “The ministry is betting on a revision of the EU slot regulation. That process, however, is taking too long for Schiphol to retain its position as the third EU cargo hub.

“We are very disappointed that this message did not land, and we are in contact with several members of the Dutch parliament.”

He added that freighter slots at Schiphol were expected to fall another 12%.