Saudia Cargo is in talks with several potential airline partners to boost its global network.

Saudia is looking at partnerships in both Europe and Asia, revealed Rainer Mueller, vice-president commercial.

“We want to strengthen our footprint and will look at strategic partnerships in North Asia.”

He said that Saudia was talking with Air China and the Hainan group of airlines – which includes Yangtze River Express – for air cargo partnerships across the region.

“Talks are also ongoing on top of our existing partnerships in Africa and Europe – we are actively looking to add cooperations.”

The carrier, which already has interline agreements with several carriers including Virgin Atlantic, is in the final process of forming a deeper partnership with a European carrier, extending its network in the continent, as well as in the US, and giving the European airline a greater presence in the Middle East. 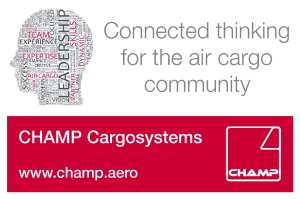 “Volumes will go up once we finalise the next step of the agreement,” said Mr Mueller.

He added: “I see this partnership trend as ongoing – and there will be more and more in the industry. There are fewer freighter carriers now and belly carriers sometimes require a freighter product.”

Mr Mueller noted that three major players had come forward to ask Saudia, which is the largest freighter operator in the Middle East, for capacity.

“I can imagine supplying capacity for other airlines and some major forwarders,” he said.

While many freighter operators are struggling to face the twin challenges of low yields and overcapacity, Mr Mueller noted that Saudia’s fleet was an advantage. He added that while the 777 was currently a popular freighter, especially in the Middle East, the economics were less effective with low fuel prices.

“It’s a good aircraft when fuel prices are high, but when they are low the 747 has a big advantage. High-volume customers want to see 747s, especially for volumetric cargo such as flowers. So we are focusing on certain markets where we can offer particular value.”

As well as its own 777Fs and 747-8Fs, the carrier also uses 747-400Fs operated by Air Atlanta Icelandic and ACT. “We prefer a fleet that breathes according to demand,” said Mr Mueller. 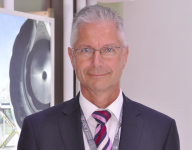 He said that the carrier, which pays market prices for fuel in every destination, had been impacted by falling oil costs.

“The challenge for us is that rates are linked to the fuel price developments – if these are balanced it’s fine. But it’s not balanced at all times, everywhere, and that puts pressure on the air cargo operation. There are cost savings, but there is pressure on yield and rates.”

Saudi Arabia’s economy has also suffered from lower oil prices, and the government has kickstarted a series of privatisations in the aviation sector. Three major airports are set to be privatised by the end of next year, with regional airports after that.

Mr Mueller spoke to The Loadstar on the sidelines of Air Cargo India in Mumbai, during which he called publicly for airlines to take more control of the supply chain.

“We inform the customer that their cargo has arrived and then leave it to the broker and importer. But we can influence that part of the chain and make sure the process doesn’t get slow. It doesn’t make any sense to fly cargo and then leave it for a couple of days – that takes the advantage out of our product.”

He said airlines could work better with Customs, and make sure that all the required documents are ready for Customs clearance in advance.

“There is a role airlines can play to facilitate this,” he said. “We should take the initiative.”

While PPE shipments were the mainstay for air cargo during the pandemic, e-commerce volumes have ...

The dangers of misdeclaring lithium ion battery shipments have again come to the fore.  A Chinese vape manufacturer, ShenzhenAbuFan Technology, has ...

Chinese carrier Hainan Airlines is to operate direct flights between Oslo and Beijing as the ...

Air China is looking to sell a 51% stake in its Air China Cargo business. According ...

Europe’s secondary cargo airports are jockeying for a greater slice of Chinese trade as the continent’s ...