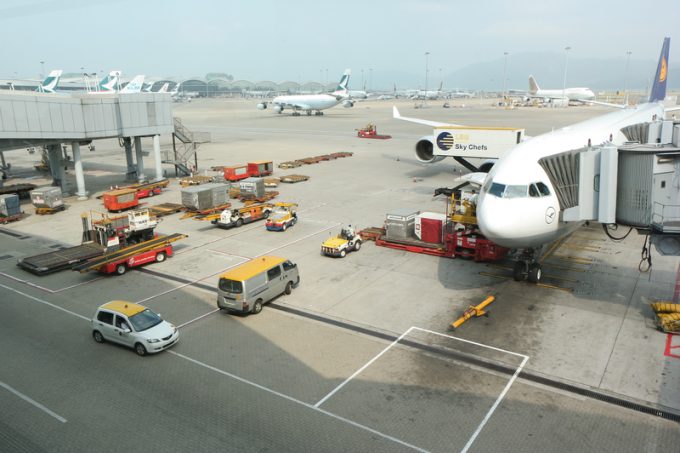 The dangers of misdeclaring lithium ion battery shipments have again come to the fore.

A Chinese vape manufacturer, ShenzhenAbuFan Technology, has been blacklisted by Lufthansa Group carriers for all forms of airfreight, following an “incident” at Hong Kong Airport.

Vapes contain lithium ion batteries, which are highly regulated and must be packaged and correctly labelled.

The news will also serve as a warning to forwarders, who also must ensure compliance: China Freight and Flexport Asia have also been blacklisted by the German cargo carrier over the same incident.

“The background of this embargo was a single violation of Lufthansa Cargo’s transport regulations. For safety reasons, we generally impose an embargo in any such case and conduct an investigation. This is common practice at Lufthansa Cargo.

“We are in a constant and constructive dialogue with our customers on site, in Europe and with their global headquarters. Our joint interest is to constantly improve processes by learning from isolated errors and thus making airfreight even better.

“The embargo will be lifted as soon as our investigations are completed and effective countermeasures have been taken, presumably on Monday, 16 September.”

One air freight executive told The Loadstar it had likely been a question of mis-labelling by the shipper.

“These bans are quite regular nowadays. They tend to especially involve companies in e-commerce, with ‘dodgy’ shippers. It is good that airlines are strict about it. Lives are at stake.”

David Brennan, head of dangerous goods at IATA, said the concern would be with lithium batteries in vaping devices, which are cylindrical, and about the size of an AA cell.

“The issue is that the cells are not designed to be used in this way and there have been explosions,” he explained.

However, the head of compliance at a major airline group told The Loadstar blacklisting was not common.

“After a first occurrence, we would contact the forwarder/shipper combination and request them to communicate their improvement plan. If they fail to improve, it could lead to a ban until we can inspect their improved dangerous goods process and are satisfied with the results.”

He added that a particular problem with vapes was that they could be poorly manufactured and packaged.

“Counterfeit batteries are being used as well, it’s very unsafe.”

Flexport is very clear on its website of the risks of not complying with DG regulations.

“If you want to pack, ship and certify hazmat for transportation, you need to go through formalised training and certification. It’s up to the manufacturer to recognise whether what they’re producing are classified as dangerous goods or not. If they are, then they must fill out official declarations of dangerous goods before they can be transported.

“Even the most innocent looking items, like the batteries that power everyday toys, can be classified as hazardous materials depending on how they’re packed and shipped.

And it noted: “Shipping hazardous materials (hazmat) by air, ocean, or by land is heavily regulated by many different agencies– and for good reason. It’s dangerous and has cost people their lives. The fines for non-compliance can exceed $100K and lead to criminal indictments and jail time.”

One air freight executive noted that concerns in Asia were particularly heightened following last month’s cargo hold fire in an Air China A330, travelling from Singapore to Beijing.