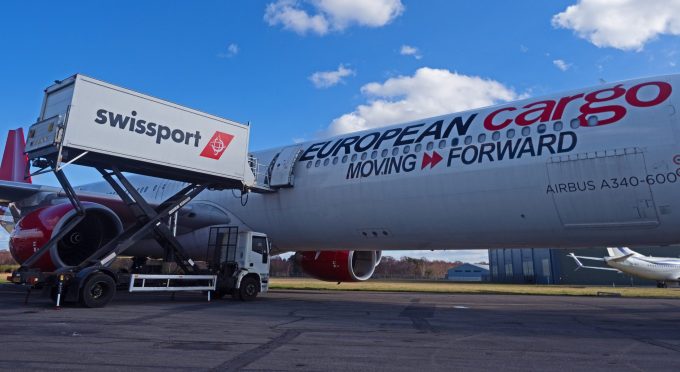 High air freight rates have triggered a flurry of cargo applications from a wide range of airlines, big and small, to operate to the US.

Hainan Airlines is to launch a three-times-a-week operation between Shanghai and Los Angeles, using a 787-9 configured for cargo, following approval last week from the US Department of Transport (DoT).

However, the DoT ruled that the carrier, in line with other Chinese airlines, is not permitted to serve US destinations on a “coterminal basis” or “otherwise expand its coterminal operations” – meaning it cannot take on or offload cargo at more than one US destination on the same flight.

Saudia Cargo, meanwhile, has asked the DoT to postpone its decision on the carrier’s request for seventh freedom rights into the US in a bid to operate between Liege and New York, or Liege and Chicago. It has faced objections from carriers, including UPS, FedEx and Atlas Air, which argued that they should be given reciprocal seventh freedom rights by Saudi Arabia.

Saudia Cargo, while continuing to claim its operations would be “in the public interest”, acknowledged the objections. It noted: “As a result, Saudi Arabian Airlines will consult with the government of Saudi Arabia about the possibility of granting reciprocal seventh-freedom rights to US all-cargo carriers and will provide the DoT with an update on the status of this process as soon as possible.

But there are also relatively unknown carriers also applying. Interestingly, Bulgaria’s Compass Cargo Airlines is set to begin flying charters to the US after getting approval. It operates just one 737-800SF, which was converted to a freighter in July last year by AEI and is leased from GA Telesis.

The aircraft had been owned by Mesa Air Group, which appears to be the 49% owner of Compass, partnered in the JV by the UK’s Gramercy Associates, which is headed by Tony Davies, formerly CEO of Tiger Airways and bmibaby. However, for its EU AOC, the airline would require an EU, not UK partner and it is not clear what EU entity is behind the carrier.

A UK ‘cargo’ airline has also been given approval to operate into the US. It too, has the kind of fleet that will only make sense in a high-rate market – and uncongested airports.

European Cargo has five A340-600 passenger freighters with seats removed, the most recent delivered in November and four of which are operated by Maleth-Aero, a Maltese carrier.  It has received approval to operate charter flights between its UK base in Bournemouth and the US. The carrier, owned by European Aviation, was set up in 2020 to carry Covid-related equipment.

Meanwhile, the US exemption for carrying cargo on seats in cabins expired on 31 December. Several airlines are applying for an extension to the exemption, originally applied for by Airlines for America, including Omni Air and Swift Air. The FAA has asked individual airlines, rather than the trade association, to apply for further extensions, but has noted “the ongoing trend towards a return to “pre-pandemic passenger air travel”.