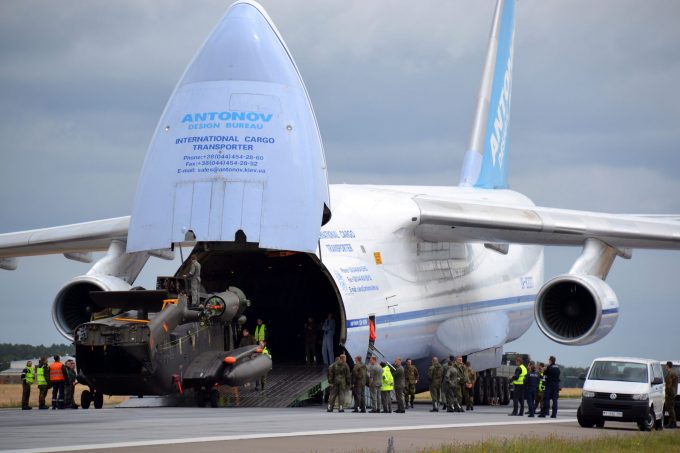 Samskip is pivoting its air freight business to take advantage of greater resilience in the project market and the expertise of its Bremen-based breakbulk arm.

The asset-owning logistics company, which specialises in northern Europe, set up an air freight division last year and began offering sea-air services from Scandic and island countries using its ships to bring goods to Amsterdam, for onward flights.

While thus far its sea-air product has specialised in temperature-controlled express transport, it realised that sea-air services were also attractive in project logistics.

And, crucially, project logistics is less price-sensitive than perishables.

Since its start in air freight in May last year, Samskip has focused on perishables from Latin America and Africa and fish from European producers, such as the Faroe Islands and Norway, where it has offered a sea-air product. Using its 26 ships, it carried fresh salmon to Amsterdam, from where it was flown to high-end markets, such as the US.

However, explained air freight manager Hans Blauw, high air freight rates made it currently uneconomical to fly fresh salmon. He added: “At €7 ($7.90) per kg into New York, for example, there is no point; €2.50 is about the maximum.”

Flowers, he said, were less problematic, with airlines, governments and producers in countries such as Ethiopia and Ecuador reliant on the trade and therefore more willing to make concessions.

But Samskip’s breakbulk and project arm has enabled the company to further develop its air freight business.

“We have stopped moving fresh salmon for now, but the oil business goes on. They have projects and they need project cargo. And, in the mining industry, for mobile phones and batteries, there has been no change. Together with our team in Bremen, we can offer project cargo by air to our customers.”

The product was developed after a project customer needed to move oil equipment from Kolkata to Calgary quickly, requiring the charter of an AN-124.

“We had to put it together in three days, which is difficult in this market,” said Mr Blauw.

With its experience in sea-air and multimodal logistics, Samskip added that its end-to-end sea-air project offering was a “strong opportunity for growth”.

“We offered full project cargo logistics services that deal with the customer’s need to get their asset working and earning again, backed up by out of gauge loads moving by sea,” said Mr Blauw, of one oil customer.

But the current market precludes any long-term deals with airlines, he said, with Chinese airlines in particular offering no BSAs (“they have too much freight”), although project cargo tends to be charter-focused anyway.

“We have to work on an ad hoc basis,” said Mr Blauw. “There is a shortage of capacity and airlines won’t give you any prices beyond a week in advance.”

He cited Atlas, China Airways and KLM as the main providers of its lift, but said belly capacity needed to return for the full resumption of the temperature-controlled express products.

Dutch regional operator Samskip, charged with price fixing, along with Icelandic line Eimskip, by the ...