News / Rhenus rises to the Indonesia challenge with operational expansion 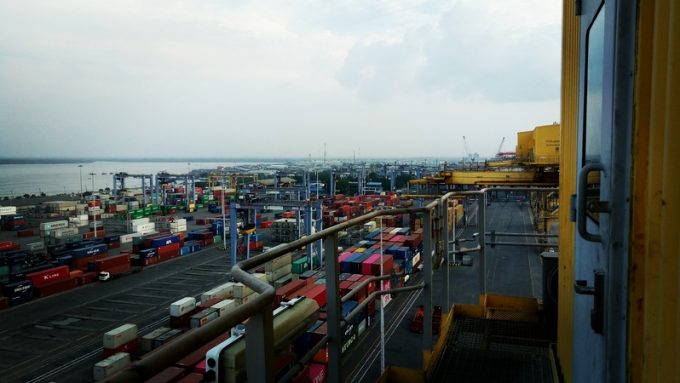 Rhenus Logistics has opened a fourth office in Indonesia, despite a “very challenging” year in the country’s air and ocean freight markets.

It said the expansion, in Medan, the capital of North Sumatra, would “reinforce relationships with key airline and shipping partners”.

The forwarder added: “As a key regional economic hub and commercial centre, Medan is a gateway for goods and financial services on domestic, regional and international levels. The city is also a well-known trading hub for the agricultural and forestry sectors, particularly palm oil.”

Iwan Juniar, Rhenus general manager for Indonesia, said the Madan office would also help strengthen operations in Jakarta, Batam, Singapore and Malaysia, and added: “And it will enhance connectivity to Kualanamu International Airport, which offers access to Asia, the Middle East and Europe, as well as the port of Belawan, Indonesia’s busiest seaport outside of Java.”

Like other countries in South-east Asia, Indonesia has had to grapple with Covid lockdowns throughout the year, curbing domestic consumption and economic growth. However, after a brief dip, non oil-and-gas exports bounced back quickly, rising 52% year on year in October, to over $21bn.

Given the strain on air and ocean freight capacity across the region, this surge in demand has put pressure on the Indonesia’s freight markets.

“It has been a really challenging year for ocean freight,” Mr Juniar told The Loadstar. “It’s harder than ever to obtain equipment and space allocation for both imports and exports and we predict the situation will continue till June 2022.”

More container port capacity is on the way, however, with DP World’s $7.5bn investment into Indonesian container ports, in partnership with the Indonesia Investment Authority, which could pave the way for more direct calls on the deepsea trades.

Furthermore, Mr Juniar noted, a number of other infrastructure developments were helping bring down Indonesia’a notoriously high logistics costs. He explained: “The government has built toll roads and highways from the west (Aceh Province, Sumatera Island) to the east (Papua Island), which has reduced travelling time significantly.

“Additional sea ports have been built to support the main gateways, offering an alternative to alleviate any major congestion.”

Air cargo has also helped pick up the slack left by the oversubscribed sea freight market.

Mr Juniar said: “Much urgent cargo, such as masks, medicine and other medical equipment, needs to be transported via airfreight to support the Covid-19 situation in some countries. Due to space and equipment limitation in ocean freight, urgent or critical cargo which is time-sensitive needs to be delivered via airf as well.

“However, the allocation of air space remains a big challenge, as many airlines have reduced their flights to Indonesia and, due to the Covid-19 situation, fewer freighters are in operation.”