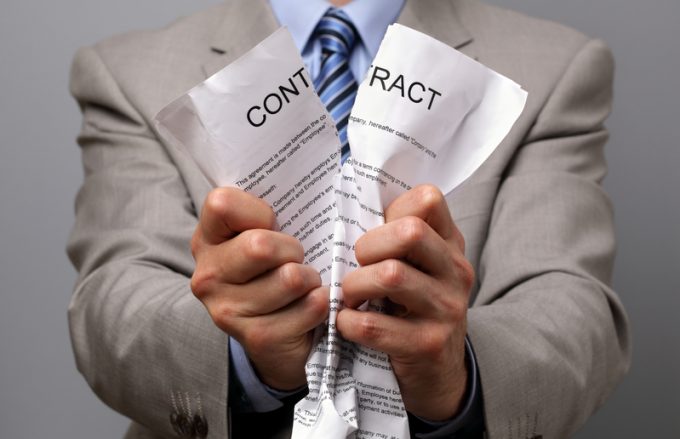 It’s time for the liner industry to ditch the flawed fixed tender process where “someone always loses” and revisit index-linked contracts.

In a webinar yesterday to reveal results of a survey of 80 senior executives, consisting of forwarders, BCOs and carriers, Freightos founder and chief executive Zvi Schreiber said there was considerable “frustration” with the traditional time-consuming method of tendering – not only from shippers, but also from carriers.

As a commodity, container shipping prices are more volatile than others, such as bulk cargo, with very severe fluctuations around seasonal demand highs and lows.

He said: “The industry’s pricing volatility means that at any given time either carriers or shippers have a strong incentive to break fixed contracts.”

He explained that with the contract process as it is, if spot rates decline, BCOs lose, and if they end up higher, carriers lose – “someone always loses”, he said.

And if an NVOCC is relying solely on the spot market, its position can be particularly precarious given that NVOCCs would generally sell at a fixed price to their customers and any spike in spot rates could be disastrous.

Some 75% of responding logistics providers said they had “renegotiated or deviated from BCO contracts to guarantee that customer shipments make it on the right sailing”.

And 28% of BCOs complained that their provider had attempted to renegotiate their contract during peak season, notwithstanding that they had complied fully with the terms of minimum/maximum quantities.

“During peak season, there’s a scramble to shore up profitability, frequently at the expense of contractual commitments, to the extent of burning relationships,” said Mr Schreiber. “That runs against the more customer-centric path that forwarders and carriers spend much of their time advocating.”

Calling for the container shipping industry to take a fresh look at index-linking, Mr Schreiber said: “The logistics industry is in the midst of a massive transformation across online sales, digital customer connectivity, backend process automation, enhanced shipment tracking and more… index-linking as a concept is gaining steam with both BCOs and forwarders.”

Indeed, 57% of survey respondents said it was “more likely than not” that they would be using index-linked instead of fixed contracts in five years’ time.

Mr Schreiber argued that the industry should not resign itself to “force-fitting fixed prices into BCO contracts”.

“Things break when they don’t fit, whether it’s bottom lines or customer relationships. This is a risk no one should be willing to take,” said Mr Schreiber.

Nevertheless, ocean carriers have in the past shown the greatest reluctance to sign up to the use indices and their potential for creating derivatives, with previous attempts to persuade shipping lines largely falling on deaf ears.

But Mr Schreiber said: “To a certain extent they fell over due to the fact that there was not a reliable index available at that time.”