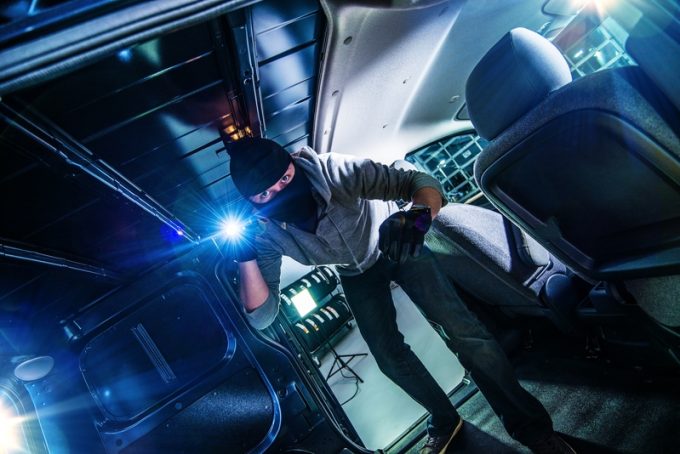 The pandemic continues to affect every part of the supply chain, and brings heightened risk of crime, according to a new report by the TT Club and BSI on cargo crime trends last year.

While cargo theft from freight vehicles in transit remained the most dominant threat, there was also a significant increase in theft from facilities such as warehouses as cargo backlogs built up around the world.

In addition, criminals found a new source of income targeting the vast quantities of PPE and other medical equipment produced to fight Covid.

“Not only did newly created high-value commodities such as PPE become targets for theft, but bottlenecks in the logistics infrastructure at ports and warehouses brought increased potential risks.

“Temporary overflow storage facilities added to the dangers in loosening the grip of existing security systems,” he explained.

Head of transport Simon Horton added: “Thieves are becoming bolder and more determined to steal goods, deploying a greater degree of violence than we have witnessed previously.”

As well as being more willing to use violence against drivers, Ascend noted that drivers were being duped into stopping or being diverted off-route to be attacked, while others were forced to drive to a pre-determined unloading area where the thieves made off with the cargo and abandon the driver.

Ascend added: “False documents are also being used to mislead warehouse staff, or warehouses being infiltrated by ‘insiders’ who gain access to areas in which valuable stock is held, or have the knowledge that enables a theft to take place.”

The TT Club/BSI report found that in Europe, stockpiling of goods meant these inventories came under particular threat, with 48% of 2020’s reported thefts coming from warehouses and production facilities, compared with 2019’s 18%.

In Asia, including the Indian subcontinent, the proportion of thefts from facilities rose to 50%, but the report added that “in South-east Asia the in-transit risk indicates the prevalence of bribery and corruption, with a high percentage of thefts being facilitated by employees and customs or other officials”.

But the major crime risk continued to be in-transit theft and violent hijacking, although the report noted that hijackings in Brazil, which took the top spot in freight crime last year, saw a slight decrease in incidents, which it attributed to police and industry efforts.

However, elsewhere risk is growing.

“The risk of social unrest, particularly in Mexico, arguably impacted the risk of cargo loss through most of last year,” noted the report.

“Significant disruption to the Mexican rail freight industry, with protesters setting up blockades on train tracks, created a backup of cargo across the country. This disruption led to estimated losses of close to $4.4bn.”