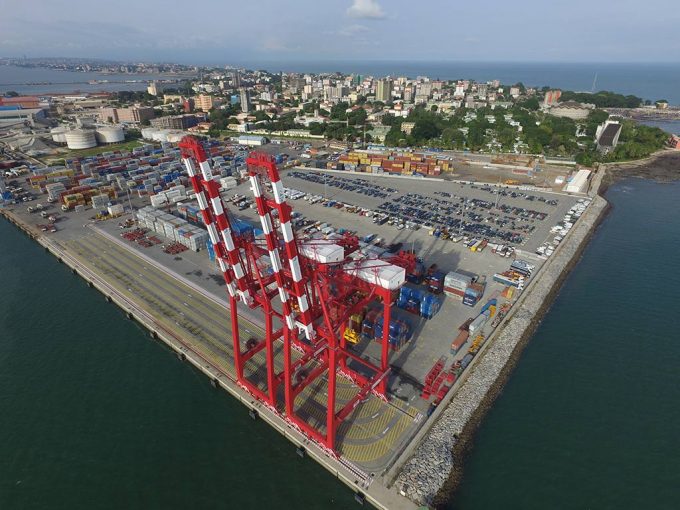 While the region has seen a widespread modernisation programme at terminals, one source told The Loadstar hinterland links to “almost every port” along the west coast had not been developed since the colonial era.

“The most striking example is Conakry (Guinea), where the port is located at the end of a narrow peninsular, less than 1km wide,” he said.

He added: “Lack of inland infrastructure, or poor use of existing networks such as rail, adds to the drama, which only adds days to port transit and flows.”

This lack of infrastructure, continued the source, had forced local authorities to force port closures between 7am and 7pm. Furthermore, he said, the problems had created a “gold mine” for carriers able to charge for demurrage and detention.

“This comes on top of the ‘parking fees’, which are collected on behalf of the port authority or terminal company,” he added.

“In Conakry, one of the top-five container carriers offers the first eight days free of demurrage, but from day nine charges $11 per container per day, increasing to $27.50 from day 16.”

The source laid much of the blame at the feet of emerging infrastructure oligarchies in the region, with, for example, Bolloré controlling some 16 terminals across 14 countries.

After its takeover of Conakry in 2011, the source said, handling charges were tripled to €90 per box and believed there was “no ambition” to address the infrastructural issues.

He said: “Through the bankruptcy of Getma/Necotrans, it [Bolloré] added more ports, and then there is the second most important terminal operator on the west  coast, APM Terminals. Its operations are – surprisingly – in many ports a JV, set-up with Bolloré or made through share-swaps, Conakry vs Monrovia.”

Bolloré did not respond to requests for comment from The Loadstar, but the source is not alone in pointing to issues surrounding weak infrastructure.

Another individual familiar with moving containers through West African ports said while things had improved on the ocean side, the landside was “hopeless” and “horrendous”.

“There’s no communication between any of the parties in the supply chain, so you’ll get to these ports and see vehicles parked up anywhere, it’s a mess,” said the source.

“Whether this is because Bolloré has a monopoly is a matter for debate, but there is also the politics to look at. There are so many vested interests looking for their share and the lack of infrastructure and efficiency helps drive profits.”

Bolloré is under investigation by the French government for its dealings in Guinea and Togo. Reuters reported last year on allegations arose that it had undercharged for work on behalf of presidential candidates in exchange for port contracts.