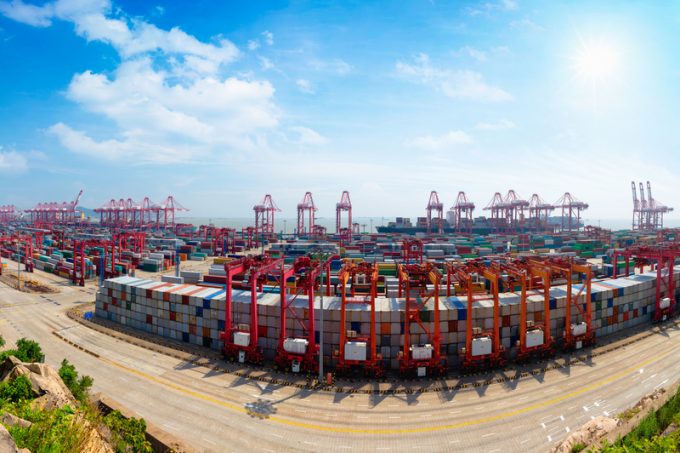 The true cost of IMO 2020 compliance has yet to be proven, but with the spread between 0.5%- and 3.5%-sulphur fuels currently at over $300 per tonne in Rotterdam, only carriers that have installed scrubbers will be rubbing their hands with glee.

But for the others, the question that has dominated the market over the past few years continues to rings true: who will shoulder these increased costs and how will they be passed down the supply chain?

A carrier source said it wasn’t able to charge even 50% of its expected increased bunker charges to customers because its all-inclusive cost price would be uncompetitive and it would lose market share to competitors with deeper pockets. And the line was concerned over how long this situation would last.

The real issue for many carriers isn’t that IMO 2020 is here, and costing an increasing proportion of their ocean freight, it is that this ocean freight is at a low level, especially on lanes from Asia owing to the lunar new year holiday and the seasonal lull in demand.

Adding fuel to the fire is the coronavirus outbreak in China that will extend the holiday, and which will have a further impact by delaying the speed demand comes back into the container freight market.

On top of this is the fear that if Wuhan, a city of 11 million people, can be placed under lockdown, so could ports, which would choke demand from exporters and cause rates to plummet as carriers compete for the few crumbs of cargo left.

Following last month’s delay to shipping tariffs between the US and China, there has been a slight dip in demand on transpacific routes, despite landing prices now being lower than previously expected. This is largely due to the volume of cargo before the end of the year, leaving shippers reluctant to bring in more at the start of 2020.

With the new 0.5% low-sulphur fuel surcharges coming into force, some in the market thought rates would increase on the back of higher fuel costs, but as with other trade lanes, this has not happened, with all-inclusive (FAK) rates still at their normal, seasonal levels.

With the spread between 0.5% marine fuel and 3.5% high-sulphur fuel oil now starting to contract, having peaked at the beginning of January, it remains to be seen whether this is just a short-term narrowing, or a sign that the relationship had reached unsustainable levels. As the premium diminishes, the payoff starts to increase for carriers that have installed scrubbers on their vessels.

Platts’ north Asia to north Europe garnered significant support early in the month, but waned as January progressed, with lunar new year dominating and rates coming down at the end of the month, with not much bullish sentiment spilling over into February, despite a large number of void sailings.

Despite this, there is some expectation that the overhang of demand from January, with large roll pools at north Asian ports, will support utilisation into the middle of February. However, from then on, carriers and freight forwarders expect rates to fall significantly.

As a result, some carriers are pursuing more aggressive blank sailing manifestos over the year to try and support rates to a greater extent than last year. This could mean greater demand into the middle of the year, when there is typically a peak, as opposed to last year when the supply overhang of vessels capped this seasonal rise.

As on the transpacific tradelanes, Platts bunker charge rates on head-haul routes from north Asia to Europe followed a similar, downward path this month, especially when compared with previous months.

North Asia-north Europe fell to $352.83 per feu on 24 January, down significantly from $409 per feu a month earlier. The backhaul north Europe to north Asia route also fell, by $30.25 over the same period to $189.98 per feu, almost entirely reversing December’s rise.

Congestion levels at the major North America container gateways are now expected to persist until ...

Container shipping freight rates continued at their highly elevated levels for another week, as strong ...