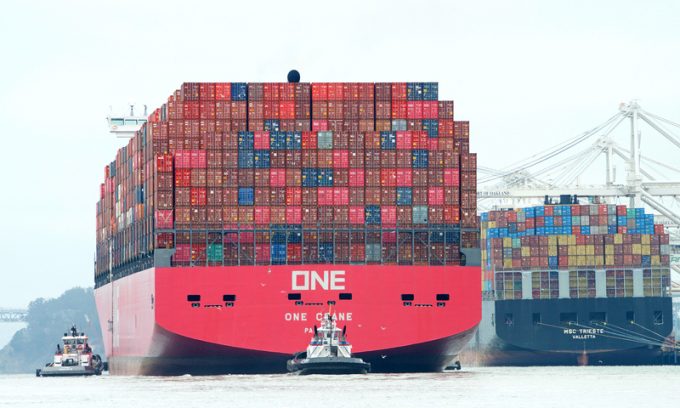 Shippers from Asia to North Europe face a severe capacity crunch, and carriers are set to add to their misery with mid-month FAK rises and peak season surcharges.

NVOCCs have told The Loadstar in the past few days they were experiencing three-to-four-week delays for FAVs (first available vessels) to North Europe, and even longer for the UK.

“We are paying their FAK rates, and even a premium on top, but we are really struggling to get boxes away from China,” said one source.

“I’m hearing rumours of a big FAK hike from the middle of the month and also that some carriers will add a PSS on top, so we are warning our customers to prepare for extra charges,” he added.

Spot rates on the tradelane have been relatively stable, at about $900 per teu, which although some $100 higher than a year ago, have not seen a spike so far – unlike rates to the US west coast which have doubled during the pandemic.

According to ONE’s first-quarter fiscal results commentary, covering April to June, demand has bounced back strongly. The Japanese merged carrier revealed it was running at some 10% less volume than a year ago, compared with a 20% or so contraction during the peak of the Covid-19 lockdowns.

And, evidencing the success of capacity management by carriers, ONE’s average vessel utilisation reached 96% between April and June, significantly higher than the 87% achieved during the same period of 2019.

Washington-based supply chain consultant Jon Monroe said that, from what he had seen so far, container lines “have got to be happy”, adding: “Have they finally found their secret weapon for making money?

“I have heard that one carrier executive commented that if carriers kept space 10% below demand, they would continue to make money.”

Indeed, in carrier circles the pandemic has had a silver lining. At the outbreak, and with no aggressive blanking programmes, the industry was facing billions of dollars of losses and potential bankruptcies.

It follows that carriers are unlikely to reinstate more capacity than they need to in Q3 and, according to eeSea data, still intend to blank 17% of Asia-Europe capacity during September. Moreover, there is concern that the unexpected demand recovery could disappear, with mid-term visibility remaining “unclear”, according to a carrier source.

Anecdotal reports to The Loadstar indicate that September orders at Chinese factories are substantially down on last year, suggesting forward bookings could tail off sharply in Q4.