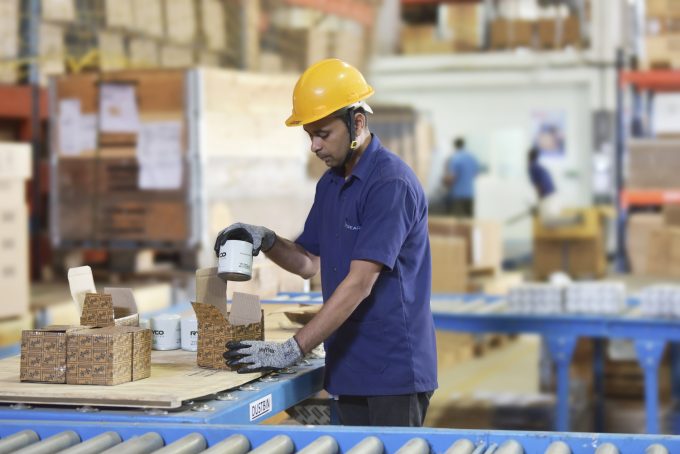 French contract logistics specialist FM Logistic today reported an 11.8% increase in annual revenues, on the back of growing demand for e-commerce and omni-channel supply chain solutions.

The privately held company said revenue grew to €1.3bn ($1.45bn), while earnings before interest and tax (ebit) increased 32%, to €35.1m, as a result of growing volumes for existing customers.

He explained: “Initiated in 2017, this plan has four objectives: to set the right prices for our services; increase operational efficiency; develop human resources; and be more selective from a commercial standpoint.

“These results lend further credibility to our business model as an independent and family owned company.”

Over the year FM said it had secured some €190m in new contracts, “notably from companies in the FMCG, retail, perfume and cosmetics sectors”.

In recent years, the revenue base of the company has changed, according to a Transport Intelligence (Ti) report from last year, Global Contract Logistics 2018, which said that in 2016, warehousing accounted for 56% of revenue, transport 34% and co-packing (a value-added service) 10%.

“The trend for FM over the last 10 years has been for warehousing’s share of revenues to barely change at all, while transport’s share has steadily increased from 23%, while co-packing has declined from 18%,” Ti said.

That trend has continued and FM Logistic said that over the course of last year its transport revenue, propelled by its urban logistics service, Citylogin, had increased by a further 17%.

At the same time, it reduced its reliance on the domestic French market, now receiving some 61% of its revenue from outside France, and this past year has seen “the opening or expansion of several logistics platforms in Russia, Poland, the Czech Republic, Romania, Spain and Italy”.

“Construction is under way on new logistics platforms in India and Vietnam,” it added, as recently reported by The Loadstar.

Other investments have included the automation of FM’s warehouses, “enhancing operational efficiency with the deployment of additional automated guided vehicles, collaborative robots (cobots) and inventory drones”.

Its digital transformation programme saw “the migration of several applications to the cloud, the adoption of new warehouse management systems, the rollout of a digital HR suite and the implementation of Google’s G Suite”.

The company said: “The workforce grew at a slower pace than revenues (9.3%, compared with 11.8%), a sign of the enhanced skills of employees and of the positive results yielded by the actions undertaken to drive operational efficiency.

“Despite the tight labour markets in Europe, FM Logistic managed to fulfil most of its recruitment needs,” it added.

However, it warned that the rate of its financial growth in the coming year was expected to slow.

“For full-year 2019-20, FM Logistic expects a further improvement of ebit, on the back of slower revenue growth due to increased commercial selectivity,” it said.