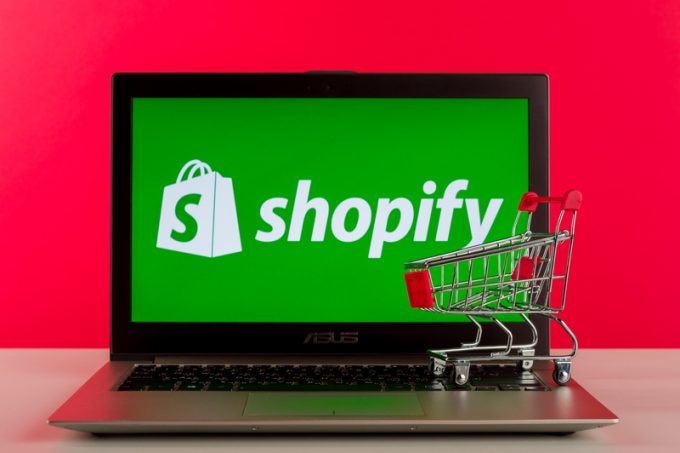 Shopify’s latest quarterly results beat analysts’ projections for revenue and earnings, but that could not keep the Canada-based e-commerce giant’s stock from slumping.

It dropped 16% on the day the results were released, pushed down by predictions of slower revenue growth and an outlay of $1bn on fulfilment.

Shopify’s revenue in Q4 21 climbed 41% to $1.38bn, easily beating analysts’ expectations, but investors did not like management’s outlook, which forecasts revenue growth to slow, albeit still remaining ahead of e-commerce growth overall.

Nor were they enamoured with the company’s plans to boost expenditure by about $1bn over the coming two years to overhaul its fulfilment network in the US market.

Wall Street has taken a more sceptical view on e-commerce players lately, and investors seem to favour near-term profitability plays and a focus on cash flow, one analyst told clients.

This was actually the second time this year that Shopify’s fulfilment plans hurt its stock. It slipped in January after news that Shopify had cancelled some contracts with logistics providers and reduced fulfilment features. It recovered after assurances from management that the planned changes would not entail capacity reductions or supply disruption.

The company’s plans to revamp its Shopify Fulfillment Network (SFN) did not come out of the blue. Management first indicated this in 2019 as a long-term proposition, noted Rick Watson, founder and CEO of e-commerce consulting firm RMW Commerce Consulting.

He added that over the past two years there had not been many signs of progress on that front, except for a recent deal for a warehouse facility in the Atlanta area and the acquisition of 6 River, a warehouse automation tech firm, for $450m in 2019.

So far, Shopify has relied on third-party providers to take care of SFN, essentially a network of fulfilment centres.

The new vision, as far as it has been communicated, aims for a number of larger distribution centres “in key US geographies” that will be controlled and operated by Shopify itself. The overarching objective is to establish capability to serve 90% of the US population with deliveries within two days.

“Outsourcing to a fulfilment provider is one thing, doing it yourself is a different ball game,” concurred Mr Haber. “We see a trend of people bringing fulfilment in-house, but they know how to run a DC.”

The acquisition of 6 River should give Shopify a platform to manage distribution centres, but it is unclear in how far this is ready.

“Word is the software doesn’t have everything it needs yet,” Mr Haber said.

Finding adequate warehouse facilities is also going to be a challenge, he noted, pointing to a national vacancy rate of about 2%. Warehousing providers have warned repeatedly that capacity is expected to remain tight this year.

It does not help that Shopify has given no details of its plans; not even the anticipated number of facilities has been revealed, let alone how these are going to be connected with micro-fulfilment centres or who will provide middle- or final-mile services.

The opacity extends to Shopify’s corporate structure. Mr Watson noted that no head of fulfilment had been publicly identified. He added that the job openings section on Shopify’s website did not show any logistics positions – in marked contrast with other firms engaged in fulfilment.

The paucity of information on the planned fulfilment strategy is hardly endearing to investors.

“They didn’t share a lot of information. They’re going to spend $1bn. What do they expect to get out of it? What’s the ROI? I have not seen anything of substance,” Mr Haber said.

Shopify was a bit more forthcoming on details when it announced a partnership with JD.com in January. Through this its US clients can gain access to Chinese consumers, as their products can get listed on JD Worldwide, the Chinese company’s cross-border e-commerce platform that has some 550m customers. The alliance will include end-to-end fulfilment using JD.com’s network, including US warehouses, cargo flights between China and the US and an extensive network of facilities in China.

“The JD.com deal was probably better received [in financial markets], but it’s still a little nebulous,” said Mr Haber. “Revenue growth is slowing. They need to come up with new services and new ways, but what are the margins in those compared with the margins they have now?”