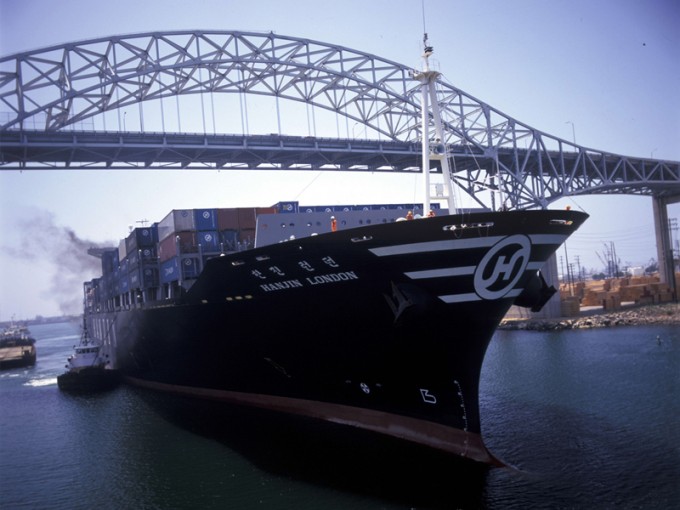 The rapid demise of Hanjin – thought to be in a relatively stronger financial position than HMM – will send further shock waves through the liner industry, and could have severe repercussions for the owners of its leased containerships who will fear charter defaults.

The industry is now trapped in its worst crisis since the financial crash of 2008, with even market leader Maersk Line trading in the red in the final three months of 2015. And the first three months of this year appear to have been even worse for carriers.

Indeed, in its first-quarter operational update, released on Friday, OOCL reported a 17.1% drop in revenue on the same period of 2015, against a 4.2% increase in liftings.

Because OOCL’s trade between Asia and Europe represents only around 15% of its business, the carrier has managed to avoid much of the carnage that has befallen carriers with more concentration on the troubled route. However, in Q1 every sector of OOCL’s trade was down year-on-year.

Maersk Group is due to report its first-quarter financial result next week, and maritime consultant Drewry expects it will reflect a heavy loss for the container business.

The contagion of chronic overcapacity between Asia and Europe is still spreading to other trades, due to the cascading of larger vessels onto routes that have no requirement for them, and freight rates have, subsequently, been pulled down.

“The result is too many [empty] boxes pursuing too little freight,” said Patrik Berglund, chief executive of Oslo-based freight rate analyst Xeneta. “The carriers are caught in a perfect storm of unprofitability that is rocking every factor of shipping.”

However, spot container freights between China and North Europe paused for breath on Friday, with the Shanghai Containerized Freight Index (SCFI) component for North European ports holding steady at $271 per teu.

In perhaps one of the last of the GRIs before they are outlawed by the European Commission, carriers are pushing for another raft of increases of up to $1,000 per teu for containers loaded after 1 May. But according to Xeneta data, spot rates on the trade are trending down for next month because of continued soft bookings for scheduled sailings.

And, in the current climate, it is difficult to see how HMM and Hanjin can survive as individual global carriers, even after debt restructurings, which would suggest that a merger of the two – previously denied by the companies and the government – is becoming increasingly likely.