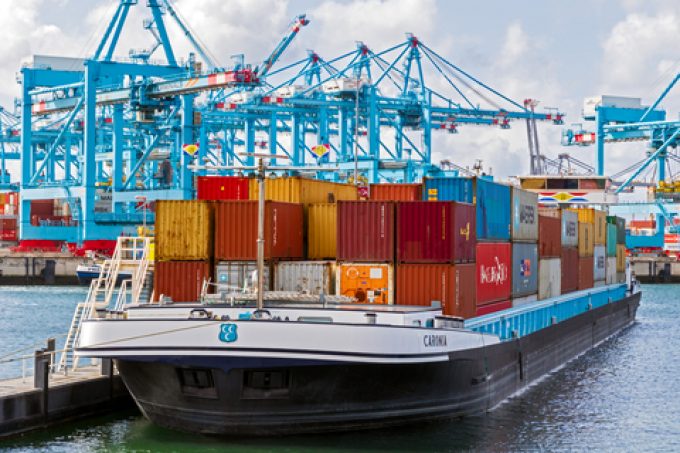 Congestion charges look set to become a permanent fixture on Europe’s inland waterways, as the logistics sector battles back from the havoc wrought by July flooding.

One source told The Loadstar: “I’m losing track of all these changes and charges – carriers seem to do what they like. But this appears to make the congestion surcharge permanent.”

In July, Hapag-Lloyd announced, with congestion “beyond normal conditions” in Rotterdam, a €20 per teu surcharge, which followed a €35 charge for all barge transports to and from Antwerp and Rotterdam.

The latest rates news, however, caught the source by surprise, after wait times for key inland operator Contargo had been declining in recent weeks.

Its average waits are 36 hours in Antwerp and 49 hours in Rotterdam, with the former slightly down on last week and continuing an overall trend of congestion times stabilising around the 40-hour mark – down from highs of 180 hours earlier in the year.

“Nonetheless, it is still all a little bit chaotic on the inland scene, and what we are seeing is inland shipowners incredibly busy moving empties,” said the source.

“For operators like Contargo, this isn’t as much of a thing. They have their customers and set routes. Ocean carriers will ask the operators to pick up maybe 400 teu of empties and they’ll offer to take 15 teu.”

Hapag-Lloyd has not been alone in implementing surcharges for inland movements, Maersk was the first to do so, announcing a €10 per teu fee in May.

Increasing rates will only intensify cargo owner anxieties, with many still struggling to get goods to market nearly two months after flooding in north-west Europe, which brought rail and road traffic to a halt.

The source added: “Everything is chock-full and we cannot move forward, in part because there is a complete lack of communication between all the parties.

“If we want to fix our supply chains, we need to open up lines of communications between everyone involved, because it cannot stay like this, with rates just going wherever and container terminals at 99% or even 100% of capacity.”