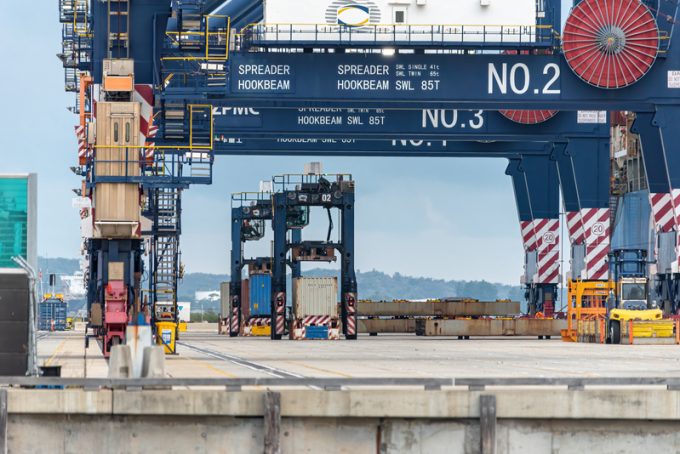 The Maritime Union of Australia (MUA) has agreed a new workplace agreement with Hutchison Ports, but its action at Patrick Terminals is threatening “gridlock” at Sydney’s Port Botany.

Announced today after three years of negotiations, the MUA deal with Hutchison at its Sydney and Brisbane terminals includes five 2.5% wage increases over the four-year agreement period.

It follows a deal with DP World in February, leaving just Patrick, of Australia’s three major terminal operators, to ink a workplace agreement.

The negotiations between the MUA and Patrick have been, perhaps, the hardest fought, the two sides clashing over port delay claims during the union’s action last September.

Patrick applied to the Fair Work Comission (FWC) to have the September action stopped, which was successful, but not before a build up of 100,000 containers at Port Botany.

However, there is still no deal and, according to logistics lobby group the Freight & Trade Alliance (F&TA), the current stoppages have been designed to “cause enough pain to Patrick to force their position in negotiations, without taking extreme industrial action measures that would see the parties straight back to the FWC”.

Indeed, the stoppages are taking their toll on Patrick, which handles 40% of container volumes at Port Botany, with berth delays already reaching five days this month.

In addition to the berth congestion, Patrick’s decision to reduce the number of rail windows into the port over the next three weeks – due to MUA work bans – is of particular concern to the F&TA and vexed agricultural exporters, who must now stump up added handling and trucking costs to reach the terminal.

F&TA director Paul Zalai said: “Port Botany faces gridlock, with exporters being the sacrificial pawns in calamitous negotiations between Patrick and unions. This action [by Patrick], conducted without any consultation with exporters, will have devastating economic impacts on the New South Wales economy.

“The additional cost is one factor, however, a critical concern for the entire import and export supply chain is that, with a bumper season for the agriculture sector, container volumes will quickly mount at transition points, with the intermodal terminals and empty container parks likely to very quickly become heavily congested.”

The container-parks around Botany are “already full”, according to Kurt Wilkinson, intermodal division general manager at Fletcher International Exports, one of Australia’s largest meat exporters,

“Our trains have missed critical windows and paths, causing heaps of exports to miss vessels in the past fortnight. We’re very concerned,” he said.

The Maritime Union of Australia (MUA) has halted industrial action against Patrick Terminals – but ...