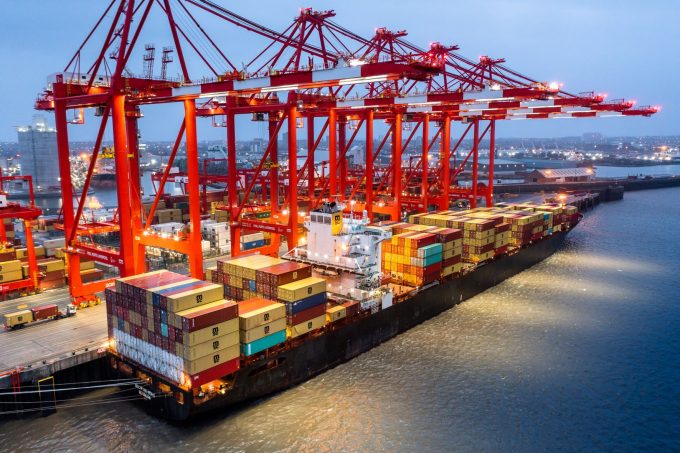 There is a distinct feeling of déjà vu about the current lockdowns in China, with spot rates declining as carriers scramble for export cargo from shuttered manufacturing.

But rates could spike again when the flood gates reopen for the delayed orders.

“Some people have now stepped on the brakes really heavily and this will lead to a significant build up in demand for freight services, which will be unleashed once the factories reopen.

“And when demand is back, carriers will again not have enough equipment on the ground, as not enough containers went into China during the lockdowns. So that will push up prices again,” he added.

Indeed, ocean carriers are preparing to announce a number of blank sailings from Asia over the next few weeks, as their operational headaches mount.

MSC has advised its customers that the lack of available trucking is restricting its ability to discharge imports, in particular temperature-controlled boxes.

“Due to the impact of new Covid restrictions in Shanghai the port is experiencing considerable congestion,” said MSC, adding this was “resulting in low or, at times, no availability of plugs for reefer containers”.

Meanwhile, the Asia-North Europe trade saw the biggest slump in the spot market indices this week, as recorded by Xeneta’s XSI, its North Europe component slumping 10%, to $11,434 per 40ft.

However, as one forwarding contact told The Loadstar this week, the lower rates were “academic” as he could not get product out of the warehouse.

“It’s nice to see some carriers discounting short-term rates, but if we can’t get to the depot to get the equipment, and can’t load boxes at the warehouse, then it’s really a waste of time,” he said.

The source said he’d asked his carrier account manager to hold the rates for three months, but was “not optimistic” that the line would do that.

Elsewhere, on the transpacific, the spot market indices were giving mixed signals on the direction of freight rates this week: Drewry’s WCI reading for Asia to the US west coast sliding by 3%, to $8,824 per 40ft, while Xeneta’s XSI improved by 2%, to $8,752 per 40ft.

The number of vessels awaiting a berth off the ports of Los Angeles and Long Beach has reduced dramatically in the past few weeks, with the Signal data from the LA recording average berthing delay for incoming vessels of less than two days.

However, the CEO and founder of supply chain freight platform Shifl, Shabsie Levy, said there was a possibility that US west coast ports may be subject to a new wave of congestion when the Chinese lockdowns are eased.

“The return to normality in Chinese operations may come at an inopportune moment, if it coincides with the ILWU longshoremen contract negotiations, which have traditionally seen port operations stalled across the ports of LA and LB, lengthening vessel queues, which could put pressure on rates,” said Mr Levy.

Meanwhile, there is more pain for North European exporters to the US east coast, with for example the XSI recording a massive 20% jump this week for spot rates on the transatlantic, to $8,558 per 40ft, and the Freightos Baltic Index (FBX) reading up by 5%, to $8,037 per 40ft.

In the same week last year, the average rate for a 40ft box from Liverpool to New York was around $2,500.

To hear more about how Shanghai lockdowns are yet “another curveball thrown at global supply chain logistic”, featuring Peter Sand, chief analyst at Xeneta, listen to this clip.