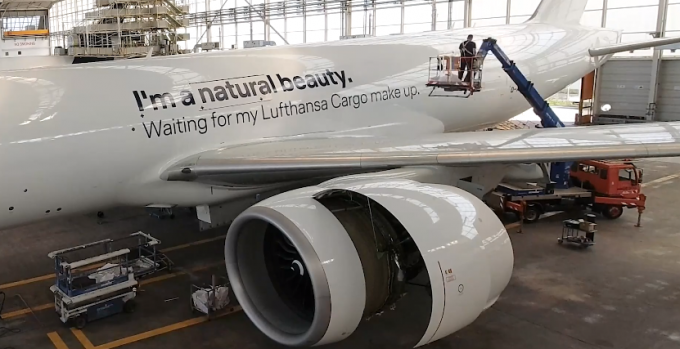 News of more capacity in the air cargo market will be some relief to desperate shippers.

CMA CGM Air Cargo, the shipping line’s fledgling carrier, is to receive two new 777 freighters in the spring to add to its fleet of four A330-200Fs, which began operations last spring.

But better still for shippers, Lufthansa Cargo has had delivery of two 777Fs, which are ready to operate.

The shipping group’s two aircraft were originally part of an order for six in May from an unidentified carrier, which may have been AirBridgeCargo, according to one source.

CMA CGM’s existing fleet is operated by Air Belgium, which also operated two A340s, but it is as yet unclear who will operate the 777Fs.

While some observers will question whether a two-aircraft-type fleet is efficient, CMA CGM said the 777s, its “first direct order” in airfreight, would give the carrier “flexibility” and help deliver the group’s “sustainability objectives”.

CMA CGM’s current fleet operates between Liege and Chicago, New York, Atlanta, Dubai and Istanbul, but insiders have suggested it seems likely CMA – or rather its forwarding subsidiary, Ceva Logistics, would be more interested in transpacific routes, for which 777s would be better suited than A330s.

CMA CGM Air Cargo has tried to convince the market it is capacity-neutral. Ceva is believed to have block-booked only up to about 30% of the capacity of the A330Fs, with general sales agent ECS marketing the remainder, according to sources. But Ceva’s heavy promotion of the flights has led some forwarders to be a little more circumspect.

“It’s definitely a toy for Ceva to use and fill, and it is having a whale of a time from what I can see. Even the Dubai routing has taken off, with sea/ air appearing from Bangladesh and south east Asia,” said one forwarding executive.

“Ceva will always take priority and be the main user – it’s sensible and happens the same for the ships.

“If CMA and Ceva could fill the lot directly, they would, and agents given the flick.

“The reality though is that CMA is not mature enough in air freight to actually upsell it directly to their clients, and Ceva is not good enough at 4PL, to actually take full advantage of the asset.

“If it was me, I’d be filling every kilo at a premium rate.”

The shipping lines are on course to make vast profits this year, totalling about $100bn globally, which is likely to trigger shifts in the market as they begin to spend.

The executive added: “CMA CGM has more money than Jeff Bezos and his ex-wife currently, so buying a couple of 777s is like you or me getting two cans of Thatcher’s cider.”

CMA CGM’s shipping arm saw some $18.6bn in revenue in the first half, with second quarter income rising some 330% year on year. Ebitda was more than $7bn and analysts expect to see cash spent on new equipment, decarbonisation, and acquisitions. Ceva saw first half revenue of about $4.5bn, and ebitda of about $382m.

CMA CGM is not the only carrier adding capacity – Lufthansa Cargo’s two newly arrived freighters take its 777 fleet up to 11. One aircraft is new and has arrived from Boeing, the last of Lufthansa’s purchase options to be exercised. The other, leased, is 10 years old and formerly operated by Emirates.

Lufthansa said current market demand meant there was no time to give the aircraft a proper livery and that it would be “flying all in white, with only a tongue-in-cheek fuselage livery”.

But the new capacity will see Lufthansa retire Europe’s last MD-11F, also operating in a special livery, after 23 years of service. Its final flight will arrive in Frankfurt on 15 October.