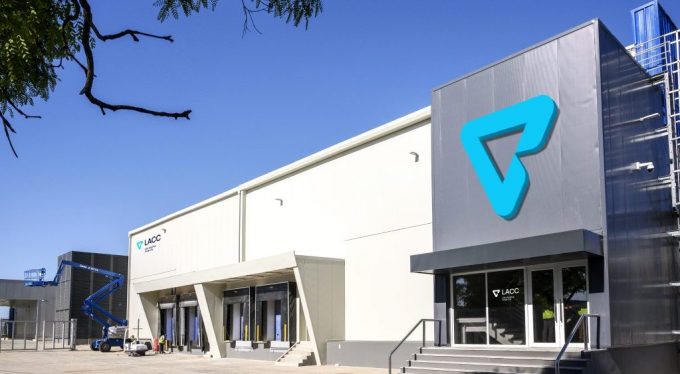 A new facility, the airport’s third, is slated to come onstream in the first quarter of next year, adding 500 pallet positions.

The airport operator burnished its credentials in the healthcare and pharma logistics arena during the pandemic, playing a central role in the distribution of Covid vaccine throughout Uruguay.

Under the Gateway Access Point concept, vaccines were stored, prepared and delivered from the airport directly to vaccination centres around the country, shortening lead times.

An early participant both in the CEIV pharma validation scheme and the Pharma.aero initiative, Montevideo was already a well-established gateway for healthcare and pharma traffic before the pandemic, but its role in vaccine distribution raised its stature.

A second major multinational pharmaceutical producer, UK-based GlaxoSmithKline, moved in this year and others have been in talks with LACC about setting up shop at the airport to use its free zone for distribution activities, reported LACC sales manager Hans Guiscardo. They are looking to serve the local market as well as other countries, he added.

He sees a paradigm shift as pharma companies look to consolidate their international flows to fewer, strategic distribution points, reducing the number of longhaul routes to move their traffic.

This strategy includes a multimodal component – distribution tends to be by surface transport, while pharma products that are less time- and temperature-sensitive can be brought in by ocean carrier, Mr Guiscardo noted.

The increasingly multimodal nature of its business prompted the operator to change its name from Montevideo Free Airport to LACC, a move that went hand-in-hand with the expansion of the free zone by 80,000sq metres.

One reason for the expansion and heightened emphasis on multimodal activities was the trend in pharma towards cluster-related companies.

LACC’s client base suggested bringing suppliers like packaging firms to the site and Mr Guiscardo reported interest from several, including some that have expressed interest in regional distribution activities, as have some tier two suppliers in the pharma industry, he added.

The airport’s second pharma building opened in October, adding 1,200 sq metres of temperature-controlled space, which is already fully committed and prompted the operators to plan the third facility. LACC has about 350 pallet positions, but this falls short of the requirements of the clients in the pipeline, Mr Guiscardo said, hence the extra 500 positions planned.

LACC is also developing a role as a distribution point for medical cannabis. Uruguay legalised its storage and distribution in late 2020, which allows international shippers to move this traffic through the country, using bonded warehouses. There shipments can be broken down into individual consignments to be dispatched to recipients in Latin American countries upon receipt of a doctor’s prescription.

Activity it is currently on a small scale, but it adds to LACC’s portfolio of healthcare capabilities – although it is unlikely to prompt plans for a fourth dedicated warehouse any time soon.

Covid put a dent in aviation growth at Montevideo’s Carrasco International Airport, but it has ...

Market Insight: K+N rumoured to be in trouble with its GSK account in APAC

In a recent conversation with my senior trade sources, the “key accounts” topic in freight ...

Multinational shippers are abandoning 3PLs in emerging markets for a new, Uber-like, mobile app for road ...