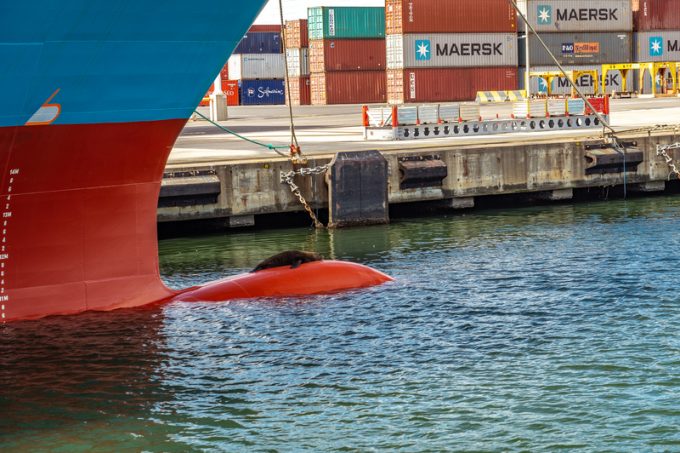 The industrial action at Melbourne’s Victoria International Container Terminal (VICT) has been suspended.

And, in a rare double-header of good news for delay-hit Aussie shippers, DP World has finally ended its protracted dispute with the Maritime Union of Australia (MUA).

The union began a strike at ICTSI’s VICT on Friday, but the Fair Work Commission (FWC) issued an interim-order suspending the action early Saturday morning.

The Container Transport Alliance of Australia (CTAA) said: “CTAA understands that VICT sought FWC intervention, citing economic and other harm threatened by the action. A mid-March hearing will be scheduled, meanwhile no MUA industrial action will proceed.

“It is welcome news that the FWC has ruled this way, at least on an interim basis. However, it is now the landside logistics operators who have to readjust and ‘pick up the pieces’ this weekend – and beyond – to ensure import and export container cargo continues to flow through VICT.”

There was rising concern over the work stoppages, given the impact of similar MUA-action at Patrick Terminals last year, and the current high levels of container congestion in Melbourne and other key ports.

Meanwhile, following two-and-a-half years of negotiations, DP World Australia announced today it had finalised enterprise agreements with the MUA at all four of its terminals – in Sydney, Melbourne, Brisbane, and Fremantle – until the end of 2023.

The terminal operator also noted it had recorded five months of zero industrial action at its east coast terminals, which had “enabled the resumption of pre-bargaining levels of productivity, and reduced congestion in the Australian network.”

“Our terminals will continue to accept subcontracts, ad hoc callers and above contract exchanges, which includes empty container repositioning, during a time when shipping lines are experiencing extensive delays in overseas ports.”

And now, with the waterfront labour challenges on hold, the focus of Australian logistics players has turned to service levels from shipping lines. Paul Zalai, director of the Freight & Trade Alliance, said it was time for shipping lines to “stop ripping-off the industry”.

Noting DP World’s current productivity levels, Mr Zalai said state and federal regulators should “scrutinise the validity” of shipping line port congestion surcharges, which have ranged up to A$350 (US$276) per teu in recent months, and also the container detention fees for late de-hires, especially when the carriers’ contracted empty-container parks are at full capacity.

“Its time for shipping lines to be held accountable for their responsibilities, stop ripping-off our industry and address the problems that are largely of their own making,” he added.

Fallout from the sacking of 800 seafarers by DP World subsidiary P&O Ferries continues to ...