News / Maersk vessel loses 90 boxes in North Pacific, including some packed with DG 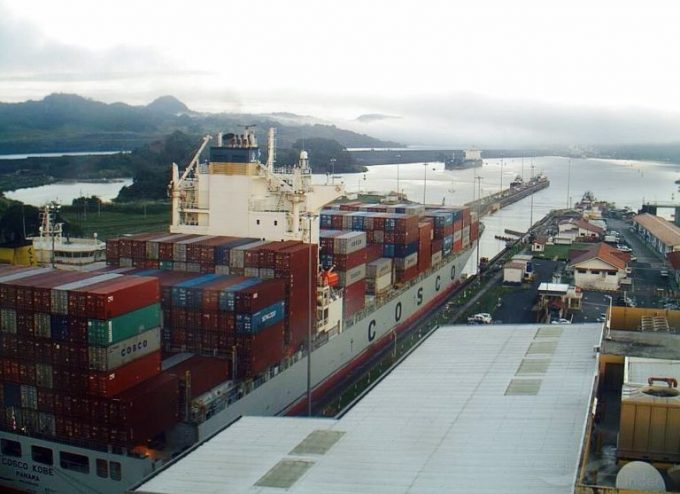 The Dyros when on charter to Cosco Photo: VesselFinder
By Nick Savvides
24/03/2022

Maersk has confirmed that its chartered vessel Dyros lost around 90 containers in rough seas, in the North Pacific, around 1,200 nm east of Japan on Monday, and the losses included nine boxes containing dangerous cargo.

The Costamare-owned 4,578 teu vessel was en route to Seattle from Yantian, but will now be diverted to another port to handle around 100 damaged boxes still on board.

Maersk told The Loadstar: “We regret to confirm that the 4,578 teu, Liberia-flagged vessel Dyros, chartered and operated by Maersk, lost around 90 containers in the western Pacific because of rough weather on 21 March.

“Nine of these containers are labelled dangerous cargo and contained lithium-ion batteries packed with equipment,” it added.

While no crew members were injured, the Danish carrier could not confirm for which port the vessel would now head, as the issue remained under discussion, but added: “The ship is able to continue its voyage and is heading for safe port.”

According to the eeSea liner database, the Dyros is deployed on Maersk’s standalone TP7 transpacific service that connects Yantian, Shanghai, Qingdao, Busan and Yokohama with Seattle. The service deploys seven ships of between 2,300 teu and 5,760 teu.

Claims consultant WK Webster reported that the full extent of the loss of cargo overboard and any accompanying physical damage to containers still onboard may not become clear until it berths. WK Webster will make arrangements to confirm the “extent of losses” once the ship has arrived at its designated safe port, which is expected on Sunday.

Furthermore, the consultant expects there will be recovery issues as a result of this accident.

Maersk added: “Crew, vessel and operations safety are of highest importance and we are working closely with the ship managers and view this as a very serious incident which will be investigated thoroughly, with the aim of minimising the risk of similar incidents in the future.”