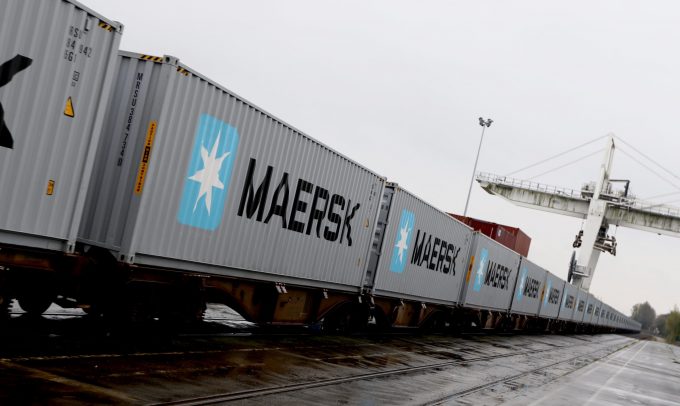 Maersk has seen a 30% uptick in rail freight volumes in India during the country’s coronavirus lockdown.

India’s lockdown began 72-days ago, triggering a raft of supply chain disruption via grounded flights, overzealous policing and an exodus of truck drivers from major cities.

“Trucks were abandoned by drivers who rushed back to their home towns,” Maersk said, adding it had then become a “herculean task” to find truck capacity for export cargo.

As a result, Maersk laid on extra rail services for customers that included some of India’s largest petrochemical companies and automotive manufacturers.

“[The] solution included moving goods from the exporters’ manufacturing facilities by rail to the required port, or moving the cargo first to the closest inland container depot (ICD) by road and then loading it onto rail,” the carrier explained.

However, some local forwarders questioned whether rail could make big inroads in hinterland transport.

“But they haven’t received a great response,” he told The Loadstar.

“Importers and exporters are well-aware of the pros and cons of rail. Rail still doesn’t resolve the issue associated with last-mile connectivity between ICDs and factories, and freight rates remain high on various routes.

“Lastly, shipping lines charge GST at 18% on rail services, compared with paying 5% or 12% GST for road freight, which is a big saving.”

“There is no official data on container volumes handled by carriers through rail. But, if you ask me, it has not made any huge impact,” claimed Mr Pandit.

And there is now more truck capacity available in the market, according to Mr Prakesh, who noted the situation had “normalised a little” over the past 30 days.

“Rates are still high,” he added. “And industry demand is low, as most factories are still working around 50% or below their capacity.”

“Throughout the lockdown, we encouraged and offered our customers the option of evacuating import cargo on rail, which has played out positively,” he explained.

India’s container trades remained stable during the early stages of the crisis, Mr Felder said, as volumes were balanced out between lower imports from Asia and higher exports to the west.

“However, we observed a sharp decline in volumes as the pandemic moved west, and demand in those markets reduced, coupled with supply side challenges in India during the lockdown. The overall picture and impact still remains unclear as we sail through rather fluid conditions,” he added.