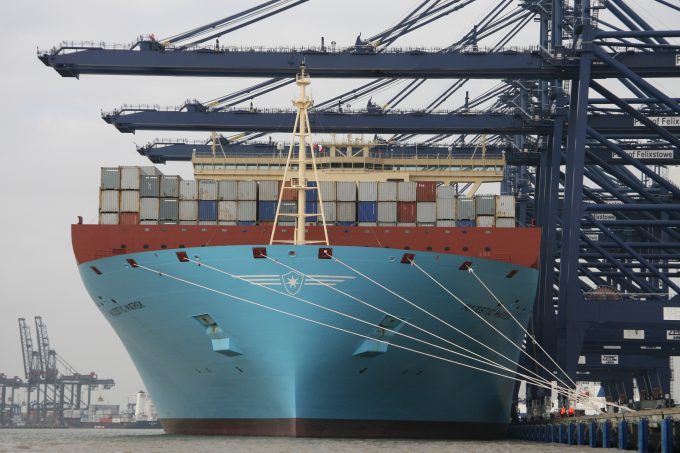 As it continues to drive its container line services towards a high majority of long-term contract business, Maersk has introduced six different types of agreement for the 2022 tender season.

The launch of the new contract options comes as rumours persist that Maersk and subsidiary Hamburg Süd will spurn forwarder bookings next year.

One New Zealand forwarder told The Loadstar he had called Hamburg Süd to get a quote on the carrier’s Trans-Tasman Polaris service, but: “I was advised that they won’t be quoting as they (Maersk/Hamburg Süd) are moving away from freight forwarder involvement from 1 January.

“This is the clear message that their focus will now be on direct shipper contact and provision of landside and services package. They will have all services in-house for shipping, land transport and ancillary clearance services,” said the forwarder, who added that many long-term clients would be “exceedingly unhappy” at the move.

Maersk Contract products ‘flat’, ‘seasonal pre-set’ and ‘seasonal sync’ are traditional ocean contract agreements; while ‘block space’, ‘flexible’and ‘unlimited’ are partnership deals only on offer via the carrier’s sales team, who will “guide customers towards the best solution for their needs”.

Maersk said it had decided to change the traditional contract space agreements because customers had told it that “more clarity was needed on the kind of contracts and products they were purchasing from us”.

The carrier said: “Having just one product was not acknowledging the differentiated customer needs. So, what we have done was to understand what our customers were looking for and design six different contract products to better meet their needs.”

It claimed each of the six contract products offered “reliability and certainty regarding space availability on our vessels and transport costs”.

For example, Maersk’s ‘flat’ contract product features a set number of containers per tradelane, per week, with a fulfilment criterion of 85% based on the respective service and subject to a monthly review period.

The carrier said extra volume would be “subject to availability and agreements”, but The Loadstar also understands from its enquiries with shippers that, signing-up to this product, they would be expected to pay for any shortfall of allocations below 85%, other than in exceptional cases.

It is an attempt by Maersk to tighten up what many have described as a flawed contract system, that has largely been generated via e-mail exchanges and has led to abuse by both parties.

Pre-pandemic, some shippers were signing deals with several carriers for the same volumes, but conversely, in the past 18 months of high e-commerce demand and supply chain disruption, carriers were said to be “ripping-up contracts” in favour of the skyrocketing rates available on the spot market.

According to The Loadstar’s sources, Maersk reps have told shippers they are not interested in negotiating contracts for volumes below 100 containers a week and, instead, are recommending smaller customers access the carrier’s ‘Maersk Spot’ product to make bookings.

Maersk is also being very selective in terms of its contract negotiations, “walking away” from some tenders that do not complement its main 200-customer portfolio, or where it feels “the shipper will not respect the deals”.

During the company’s H1 earnings call in August, CCO Vincent Clerc said: “We have had quite a few instances where we have decided not to proceed with long-term contracts, where we did not feel the basis behind them was the right one and the intent behind it was healthy.”

And, during Maersk’s Q3 earnings call at the beginning of November, CEO Soren Skou revealed that 67% of its long-haul volumes were now covered by long-term contracts, including annual commitments of 2.8m teu from its top 200 shippers.

“This represents a strategic transformation of our ocean business,” he said.

Listen to: Maersk prepares for Chinese New Year and Beijing Olympics from this clip in today’s podcast: