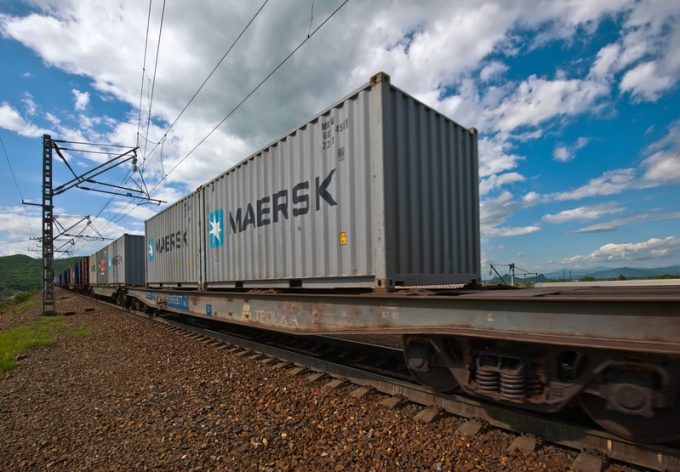 Just months after transforming its Asia-Europe rail offering into a weekly service, Maersk is set to double capacity again and offer two departures a week.

The container carrier said demand for the AE19 service had outstripped supply in the wake of the coronavirus pandemic.

Volumes had nearly doubled in the immediate aftermath of the outbreak when shipping lines introduced widespread blanking programmes and many countries began social lockdowns.

Attracted by competitive prices as well as faster transit, both North-east Asia and North Europe shippers have increased bookings on the service, “boosting AE19 volumes by approximately 75% in April, May and June compared with pre-Covid; a trend that will likely improve in the second half of the year,” said Zsolt Katona, Maersk’s MD of Eastern Europe.

However, part of that growth can be explained by the series of capacity upgrades by Maersk and its partners. The service was launched on a monthly westbound-only basis last year, then successively upgraded to fortnightly and then weekly, in both directions.

Maersk claims one of its advantages over other Asia-Europe rail services is the lack of borders its transverses – shippers on the variety of rail routes between Asia and Europe have complained of serious delays at border crossings, particularly at China-Kazakhstan.

In contrast, the AE19 connects Asian ports with the Russian pacific port of Vostochny through Maersk’s Asia subsidiary Sealand Asia’s PH5 service, which, according to liner database eeSea, deploys five 3,400 teu vessels from Laem Chabang in Thailand to Vostochny via Vietnam and China.

The rail leg then runs across the Russian Federation from Vostochny to the Baltic sea port of St Petersburg, from where Sealand Europe operates a feeder service to Baltic ports, turning in Bremerhaven, and an intra-regional shuttle service from St Petersburg direct to Rotterdam.

“The pandemic has triggered some trade bottlenecks in Europe that we can help solve by offering higher levels of supply chain management, further developing rail into a cost-efficient, reliable and scalable mode of transport between continents, creating fallback options, which seems to be crucial in crisis situations,” Mr Katona added.