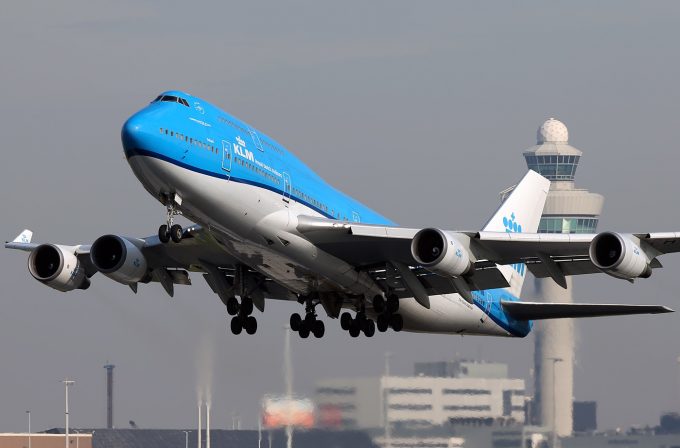 KLM has backtracked on its decision to ground its combi aircraft by using them to set up an air bridge between Amsterdam and China on behalf of Philips.

The news comes as reports suggest that the US government, under its CRAF scheme, has reserved several US-registered freighters from several CRAF airlines for its exclusive use, putting additional pressure on air freight capacity – and putting European and other freighters in greater demand.

KLM, following a public letter published in The Loadstar last month, urging the group to continue flying the aircraft in the current environment, insisted that the combi aircraft would stay grounded.

Stan Wraight, president of SASI, noted in the letter to AF-KLM chiefs: “Now more than ever these aircraft are needed to support humanitarian requirements for goods and services… It is not an obligation, but it is certainly what morally you should be thinking of  doing. The world will thank you in the end for this initiative, and I know the logistics community will back you.”

And, in a statement this morning, KLM said: “In view of the 90% decline in flights and anticipated future capacity, KLM previously decided in early March that it would phase out its remaining Boeing 747s in April 2020, instead of in the summer of 2021. For the benefit of this air bridge, however, KLM will now redeploy two Boeing 747 combi aircraft to be used specifically on these two routes during the designated period.”

Mr Wraight, a former KLM Cargo executive, said after the announcement that, with the additional pressure on capacity owing to the US government decision, the combis were more important than ever.

“We need to get as many aircraft as possible flying,” he said. “This is fantastic news for European efforts to control this ugly and vicious disease.

“Freighters are being diverted by the US government from the market for its use only, so this will help tremendously.

Noting the “major shortage in capacity” and the high demand for speedy shipments of medical equipment, KLM said it had “joined hands with Royal Philips and the Dutch government to create a special cargo air bridge between the Netherlands and China. In addition to these parties, many others are seeking additional capacity. The air bridge to Asia will be launched on 13 April​”.

The aircraft will operate two weekly flights to Beijing and three a week to Shanghai, adding some 250 tonnes of capacity each way per week. The flights will supplement the “skeleton schedule” that took effect on 29 March.

The carrier added that its full freighters would continue to operate on north Atlantic routes, which Philips will also use between Amsterdam and the US, as well as to the south Atlantic and Africa.

“I believe it is incredibly important that KLM can be of service to broader Dutch society in this time of crisis,” said KLM president and chief executive Pieter Elbers.

“This is perfectly exemplified by the initiative from Philips to join hands with KLM in seeking a solution for freeing-up cargo capacity between Europe and China for essential medical supplies. I am very proud that the professional and dedicated staff of both companies have managed to realise this initiative at such short notice.”

Philips chief executive Frans van Houten added: “In combination with the existing air bridge to the United States, we can now more rapidly transport essential medical equipment and supplies between the US, Europe and China, thereby ensuring that healthcare professionals can be more rapidly assisted in their battle against the coronavirus.”