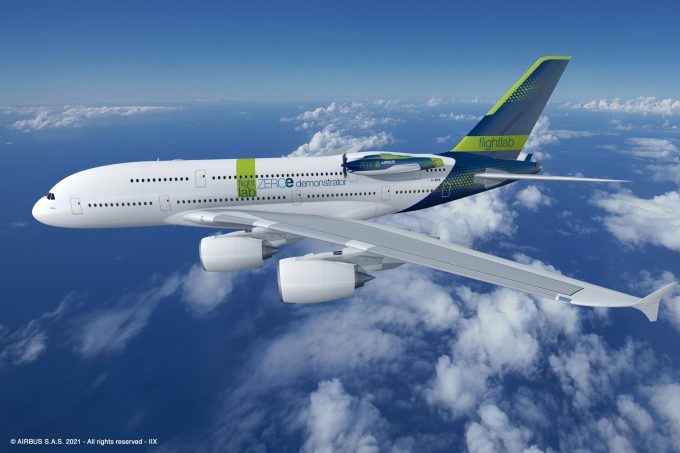 The ITF has said that e-fuels are currently too highly priced, and there is little incentive for operators to make the transition.

In a report published today, The Potential of E-fuels to Decarbonise Ships and Aircraft, the OECD-linked forum called on governments to drive the fuel transition in shipping and aviation by investing in green fuel infrastructure, arguing that broad tech-neutral regulations are insufficient.

“Global or regional carbon pricing, potentially complemented by feebates or low-carbon fuel standards, can help to address this financial barrier. Carbon pricing proposals will also likely need to include mechanisms to balance their impacts on states,” said the report.

Revenues accrued through these methods can then be diverted to promote the use of low-carbon energy and drive the transition, the report added.

In effect, the ITF argues that governments must initially fund the development of all carbon fuels until there is “clarity about the long-term feasibility” of each energy type.

To speed up decarbonisation in long-haul trades, the most difficult to decarbonise, ITF said: “Targeted assistance and incentive programmes to sustain e-fuel technologies development must start today, even though e-fuels will likely capture significant market shares only in the longer term. Supply-side incentives should target e-fuel production and support research and development in vehicle technologies that enable their uptake.”

The report examines the production of e-fuels hydrogen, ammonia e-methanol and e-kerosene, which can all be produced using green electricity, from sources such as wind farms and hydroelectricity.

According to the ITF, aviation and shipping require high-energy density fuels to meet the carbon challenge. Hydrogen and ammonia, which are comparatively easy to produce, require substantial modification of aircraft and ships, whereas carbon-based fuels e-kerosene or e-methanol are more expensive to produce and must come from carbon sourced from the atmosphere to be considered carbon-neutral, but can be used in existing technology with little modification.

“A significant level of e-fuel use will take at least a decade to achieve. Even that will depend on solid policy support to reduce the price gap with conventional fossil fuels. E-fuels will likely remain a scarce resource in the medium term, given the timescales involved in scaling up production capacity,” said the ITF.

The e-fuels report was produced by the corporate partnership board of the ITF, which includes more than 30 corporate members, including Bosch, ExxonMobil, Airbus Aramco, Shell, Alstom, Siemens, Toyota and Rolls-Royce.

This story was altered at 2:15 on 14 December. Carriers hit by slow demand, causing overcapacity ...

As we prepare for the latest COP27 meetings, this year at Sharm El Sheikh in ...

Zero-emission trucks can be cost-competitive without regulatory intervention

Zero-emission vehicles (ZEVs) will be cost-competitive with conventional trucks by 2040, but efficient regulations can ...