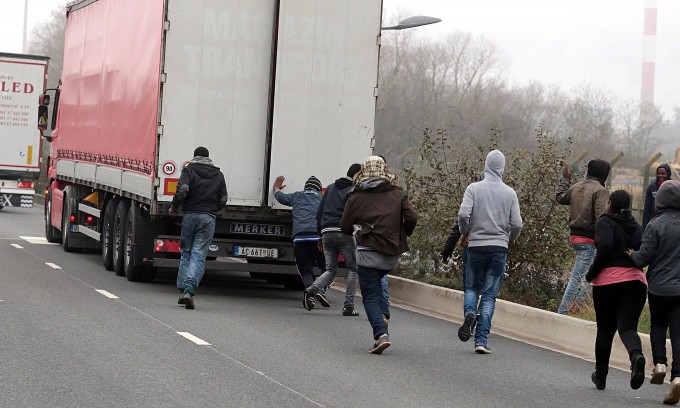 The UK government plans to increase fines for hauliers found carrying illegal migrants into the country.

But it has been warned the new penalties, which would apply “irrespective of driver compliance with security measures and schemes”, could exacerbate the worsening driver shortage crisis.

The Home Office’s New Plan for Immigration study closed for comment yesterday, and alarmingly for the haulage industry, the draft contains proposals “increasing the maximum penalty, currently £2000, to ensure that it provides enough incentive to comply with the requirements of the schemes”.

But industry association Logistics UK argued that “responsible hauliers and drivers who are unwitting victims of people-smuggling gangs should not be penalised if all precautions have been taken to protect their vehicles”.

Policy manager Chris Yarsley explained: “People-smuggling and clandestine attempts by desperate individuals to enter the UK are a humanitarian crisis which governments need to address on both sides of the Channel.

“The facilitation of illegal immigration into the UK by criminal gangs is a significant challenge for the haulage industry, with desperate individuals and organised crime groups actively targeting the vehicles of professional drivers and hauliers.

“Operators remain determined to play their part in bringing the organised crime organisations which prey on these innocent migrants to justice, but the government must recognise that responsible operators and drivers are themselves victims of these groups.

“When an individual takes all reasonable measures to mitigate the risk of illegal entrants, it is unfair to deprive the vehicle operator of any defence and simply issue an automatic penalty, the cost of which will be prohibitive for many smaller operators.”

He added: “The detection systems used in ports are not fully effective in locating people hidden onboard a vehicle; it is unrealistic to expect hauliers and drivers, who are neither trained security staff or immigration officials, to outperform government agencies.

“These proposals could have a significant impact on supply chain operations by deterring businesses from bringing goods into the UK – in addition to reducing the attractiveness of HGV driving as a career option at a time when the industry is suffering deeply from a worker shortage.”