News / Industrial action across Europe a drop in the ocean of delays, say shippers 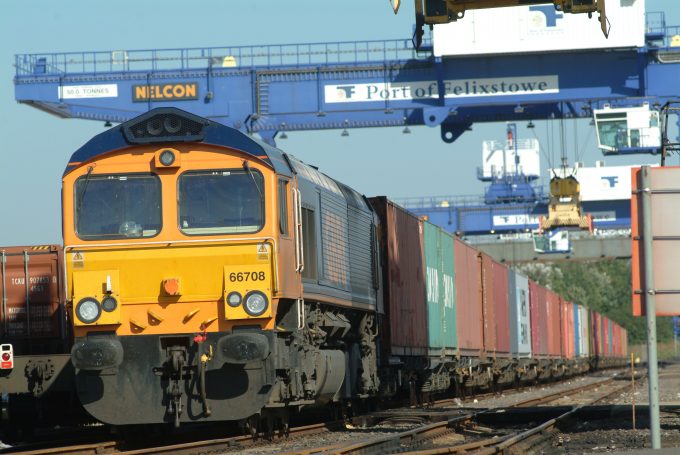 Three days of rail disruption in the UK started today, with similar action on Thursday and Saturday to follow, causing havoc for commuters.

RMT general secretary Mick Lynch said: “Railway workers have been treated appallingly and, despite our best efforts in negotiations, the rail industry, with the support of the government, has failed to take their concerns seriously.”

However, the disruption for shippers and freight will scarcely increasebcurrent instability, according to James Hookham, director at the Global Shippers’ Forum.

“To be honest, in deepsea container shipping terms, any further delays will be lost in the noise,” he told The Loadstar.

“If rail becomes an unreliable option. Keeping stuff moving by road will become the default choice – supply chain managers will keep things moving. Similarly, if the ports start to become unreliable, shippers will find another way through.”

Mark Pilsworth, director of Admark Shipping, operating out of Felixstowe, said: “With hauliers scratching around for work, I think there’s plenty of availability in the market for haulage. Over the next three days, I can’t see any change. We get emails daily.

“Once ships start arriving it will be bedlam, especially as we enter the peak [season]. The situation for hauliers will get worse.”

Maersk’s customer advisory explained: “Although the week of strike action will pose challenges, we’re pleased to report a more positive outlook, as our rail suppliers have worked hard to protect Maersk’s contract commitments. This means we will be able to keep containers moving throughout and hope to minimise the impact on your supply chain.”

Moreover, Maersk is advising that strike action and congestion is set to collide in Europe’s other major ports, including Bremerhaven, Hamburg, Rotterdam and Antwerp, with industrial action exacerbating an already critical situation, with rising yard density and slowing volume throughput.

Shipper frustrations were highlighted by Nicolette van der Jagt, director general of Clecat, who said: “There is congestion for barging, for import containers and for export containers. [Widespread industrial action] is going to be a drop in the ocean.”

Back in the UK, one of the RMT’s concerns is a reduction in safety inspections of track, which it says entails a downgrading of standards.

Route Availability-10 (RA10) – a standard of load bearing for tracks, equivalent to 25.4 tonnes – could lapse to RA8 (up to 22.8 tonnes), and although the RMT is concerned about a reduction in safety standards, Mr Hookham said this might provide unexpected benefits for shippers.

“There has been a drift towards lighter loads, which require higher speed and reduced cost base,” he said. “That’s not an argument for jeopardising the safety of the railway… but [a downgrade] is going to affect the track access charges.

“Clearly, the nature of cargo moved by rail has changed. Coal… has been replaced by retail, consumer goods. So there is the question of whether we really need to maintain the capability of the track to such a high standard, if that’s what is pricing business off the railways. Maybe there is an argument to re-examine that – gearing the rail for lighter, faster loads, reliably and at lower cost.

“Whether this cost saving will be passed on in better track access or keener rates for prospective shippers, that’s a long trail. But that is what we’d expect if that is their decision.”