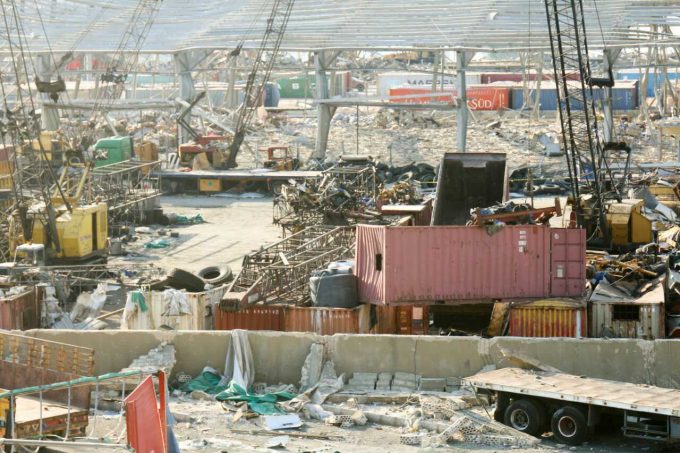 The international Cargo Handling Coordination Association (ICHCA) has issued new guidelines on the safe handling of ammonium nitrate, the combustible substance that exploded in the port of Beirut in August 2020.

The carriage and storage of ammonium nitrate is an ongoing issue, with the requirement to understand the properties of the various types of the chemical available and used.

ICHCA CEO Richard Steele told The Loadstar: “The latest guidance from ICHCA is about mitigating risk in the event of an emergency aboard ship, it’s about clarifying and re-emphasising how ammonium nitrate should be handled.”

Ammonium nitrate under normal circumstances is considered benign, but under some conditions that changes, and it is important to understand what those conditions are and to avoid them, warns Mr Steele, adding that storing ammonium nitrate away from heat sources is critical.

It is clear that labelling of chemicals with the potential for catastrophic consequences requires clarity.

Technical-grade ammonium nitrate is supplied as bagged granules; it has a melting point of 169 degrees C and does not burn by itself. The substance carries three major hazard risks: fire, explosion and emission of toxic gases during decomposition.

However, according to the ICHCA guidance: “It will accelerate burning of combustible material, producing toxic oxides of nitrogen and ammonia. The resulting nitrogen oxides will support combustion, even in the absence of oxygen. The resulting heat and pressure from the decomposition of ammonium nitrate may build up if the reaction takes place in a confined space and the heat and gases created are not able to dissipate.”

Any combustible material like dunnage will readily burn and the increase in heat and pressure in a confined space will accelerate the reaction, without the need for oxygen to feed the fire.

The guidance suggests removing all combustible materials as far as is practicable, while making sure the chemical is stowed away from any heat source, such as the engine room or heated piping.

Storage of ammonium nitrate at ports should be in a separate area, with clear notices of the danger of naked flames.

Members of the International Plant Protection Convention (IPPC) are pushing for the industry to clean ...