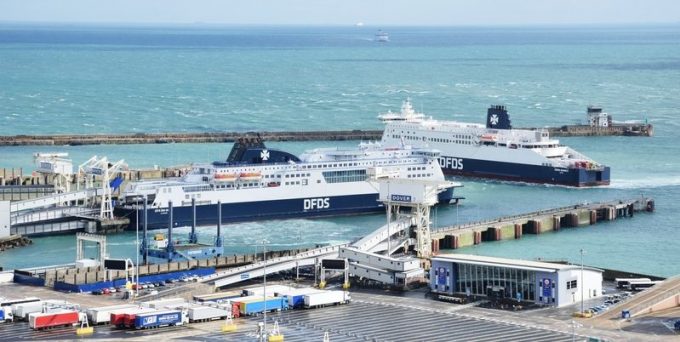 Members of the British Ports Association (BPA) believe the UK’s new ferry legislation, which will see ports enforce employment, is unworkable and could put them in a legal mire.

Transport secretary Grant Shapps announced that he was in the process of introducing legislation that would require all ferry operators operating out of the UK to pay the UK’s national minimum wage (NMW).

The legislation has been hastily drawn up in response to P&O Ferries’ mass sacking of all 800 of its seafarers on 17 March.

Mr Shapps also wants ports to enforce the new rules by blocking ferry operators from using ports if they do not comply.

BPA CEO Richard Ballantyne said while the association welcomed the move to improve wages for seafarers within the ferry industry, “the expectation that port authorities will need to enforce minimum wage rules in the shipping sector could be unworkable”.

He added: “This will place ports in a difficult legal predicament, especially before any legislation is in place.”

In fact, there appears to be no clarity where ports, such as Holyhead, operated by Stena, as the port authority could be expected to block competitor Irish Ferries from operating. Would this be a breach of EU law, given that the Holyhead ferry service operates to member state Ireland?

Irish Ferries, which also operates on the Dover trades, is known to use agency workers on its two ferries and, along with P&O, contribute five of the seven ferries operating to France. Dover Harbour Board could be required to prevent all five ships from sailing on one of Britain’s busiest facilities.

“Clearly this is something affecting all UK ports with international ferry services, and a consistent approach is needed. We expect this will be coordinated through UK port trade bodies,” a Dover spokesperson conceded.

Consultation with port authorities will be taking place with BPA members, but when The Loadstar rang to discuss the issue, BPA representatives were still in discussions with the transport secretary and unable to answer questions.

However, Mr Ballantyne added: “We would suggest that ports are not the competent authorities to enforce rules on employee salaries or working conditions in the shipping industry. We are concerned that the government is rushing to find a solution without considering the wider implications in the maritime sector.”

Privately, this view is being uttered in dark corners behind the transport secretary’s back as port authorities and lawyers struggle to make sense of the proposed legislation.

Denmark’s DFDS, which operates two ferries out of Dover to France, said the wages paid to its seafarers were already in line with the Shapps proposalsbut added: “We generally welcome anything that helps protect the future of the UK seafaring model and creates a level playing field.”

Nevertheless, there are precedents to the P&O case in Europe that are not far removed from the UK ferry issues that could help Mr Shapps find a way forward.

In a European Court of Justice ruling in 2011, Condor Ferries was forced to use local regulations rather than rely on flag state rules when paying its seafarers. Condor operates from the French port of St Malo to the Channel Islands and the UK mainland.

In other jurisdictions, DFDS operates a ferry service from Denmark to Norway and The Netherlands with 1,000 seafarers, and the ITF union, which represents some of the sacked P&O workers, said: “We don’t have a national minimum wage in Denmark. All wages are above skilled labour wages onshore. All vessels are covered by collective bargaining agreements with Danish conditions of employment.”

In the Baltic, a number of ferry operators, including Stena Line, Viking Line, Tallink Silja, TT Line and Finnlines and a host of smaller carriers, are all covered by collective bargaining agreements and, where there is no minimum wage, such as in Sweden, the ITF says crew wages are in line with the pay received nationally by Swedish workers.

“These are the major ferry operators (there are a number of smaller, less significant ones also), but all are covered with CBAs and have national conditions and national crews.”