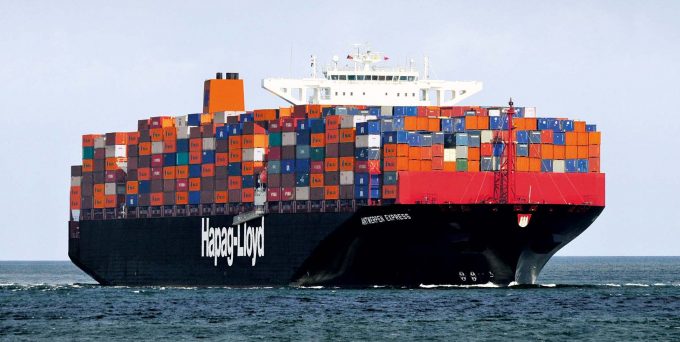 Hapag-Lloyd has told The Loadstar it is to acquire ten 13,000 teu newbuilding resales, as the German liner operator ups the ante in the ‘vessel tonnage arms race’.

A spokesman said: “We are in negotiations about ten 13,000 teu vessels,” but declined to comment further.

Hapag-Lloyd is supposed to have agreed to buy half of the ships  and take the others on long-term charter.

The fifth-largest liner operator is understood to be acquiring three of Capital’s 13,200 teu and two of Chartworld’s 13,000 teu newbuildings. The Capital vessel orders were inked at $103m each in December and February, while the Chartworld ships were contracted at $105m each in March.

Delivery of the Capital newbuildings is between 2022 and 2023, while the Chartworld ships will hit the water between 2023 and 2024.

VesselsValue shows the Capital newbuildings are now valued at $140m-$151m each, and the Chartworld ships $117m-$126,, providing a handsome profit for the Greek owners should the sales be confirmed.

Containership orders have seen shipyards fill their slots until 2024, encouraging operators like Wan Hai to instead opt for newbuilding resales.

The talk of newbuilding acquisitions at Hapag-Lloyd comes just over a month after the carrier exercised options for six more 23,500 teu ship orders at Korean shipbuilder Daewoo, following an initial order in December. These will be delivered between 2023 and 2024.

Hapag-Lloyd’s capacity now stands at 1.79m teu and, including the reported resales, the German operator’s orderbook comprises 22 ships for a further 415,120 teu.