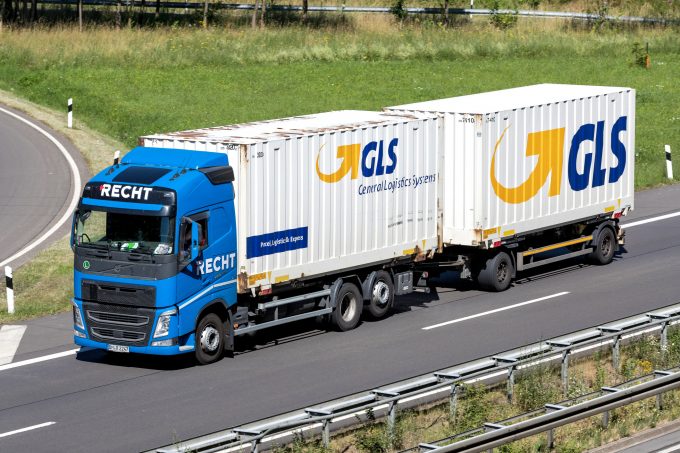 General Logistics Systems (GLS), the parcel and freight arm of Royal Mail, has decided it does not need a specialist parcel carrier to establish a nationwide network and connect to the US west coast.

Instead it is acquiring Alberta-based Mid-Nite Sun Transportation for C$360m (US$289.3m). Operating as Rosenau Transport, it is one of the largest independent trucking firms in western Canada, operating out of 24 facilities across four provinces.

It has 321 tractors, 1,183 trailers and 79 straight trucks and employs 707 staff as well as 47 owner-operators. It provides truckload, LTL and heated van services, warehousing and other logistics offerings.

GLS entered the Canadian market in 2018 with the acquisition of Montreal-based Dicom, and has two hubs, 27 depots and 1,400 employees. The combination of the two will create a network stretching across Canada that can provide direct services to most cities and towns, according to GLS.

“We will produce one of the most integrated transport systems in Canada,” said Rick Barnes, president of GLS Canada.

Rosenau will move to a combined freight and parcel model, beefing up its basic parcel capabilities. It will continue to be led by president Ken Rosenau and will be fully consolidated within GLS after the transaction closes, expected to happen on 1 December, subject to customary conditions and approvals.

GLS management is upbeat on the growth potential of the Canadian market. It estimates that the nation’s combined freight and parcel market is worth $25bn and growing about 5% a year. Its own Canadian operation has generated revenue growth of about 8% a year since 2018, it says.

And beyond the Canadian market, GLS is looking to leverage Rosenau’s reach for cross-border activities to connect with its own outposts on the US west coast. Over the past four years it has bought several US parcel providers, including Golden State Overnight Delivery Service in California and Postal Express in Washington State.

In a separate development, GLS has struck up a partnership with Cainiao in Spain. This offers Spanish online merchants offering their wares on AliExpress a Chinese parcel delivery service with a 72-hour window. Currently there are around 100.

Cainiao has been operating an air cargo connection between Hangzhou and Madrid for a year, and the tie-up with GLS Spain is adding same-day or next-day pick-up performed by GLS, with a minimum weight of just one kilo.

According to Cainiao, Spain is one of its key markets in Europe.