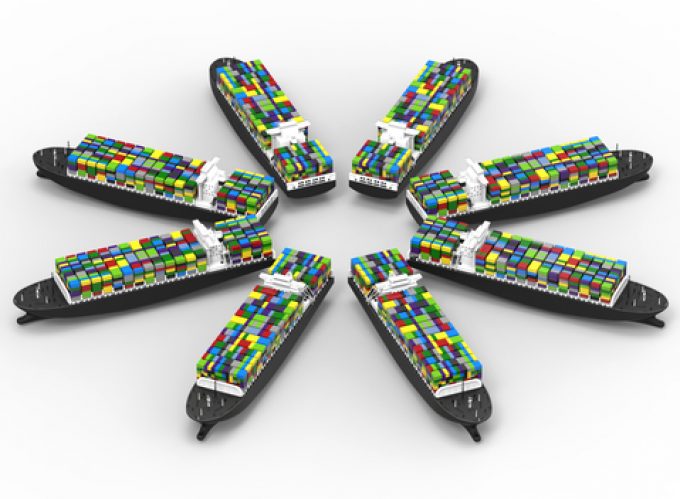 Germany’s competition authority, the Bundeskartellamt, has backed opponents of any plan to extend the box line block exemption (CBER) and said it should be reformed, or phased out.

As the EC looks into whether to extend the exemption after April 2024, shippers, and now the Bundeskartellamt, argue that instead, the regulations should be changed.

Noting the power in the market of the large shipping lines, which are also a significant presence in verticals such as ports and forwarding, the Bundeskartellamt said: “If CBER is not phased out, a more appropriate outcome could also be achieved by introducing a [worldwide] fleet capacity limit for a carrier to benefit from CBER.”

The authority explained: “According to the Bundeskartellamt’s assessment, container liner shipping consortia meeting the CBER conditions no longer satisfy, with a sufficient degree of certainty, all four conditions of Article 101(3) TFEU under current and expected market conditions.

“Industry concentration has risen considerably over the past years. Given today’s scale and resources of the largest carriers, it is unclear how their participation in a container liner consortium should give rise to efficiency gains …

“Furthermore, carrier alliances and cross-alliance consortia have increased, resulting in a thicket of cooperation agreements, whereas CBER evaluates each vessel-sharing agreement (VSA) route-by-route and remains agnostic towards cooperation agreements on other routes. The largest carriers should no longer benefit from CBER’s safe harbour, and the cumulative effect of consortia meshes should be taken into account.”

It pointed out: “The seven largest carriers today each operate several hundred vessels and account for approximately 75% of worldwide container shipping capacity.

“The industry is characterised today by three major alliances, which include all leading carriers, that cooperate on a broad range of routes within their alliance. However, each carrier also maintains route-specific consortia with carriers that are parties to other alliances.

“It has been estimated that by 2021 each of the largest carriers maintained between 14 and 51 links to other major carriers through consortia, that approximately 50% of worldwide capacity was operated by consortia and that almost all trade corridors throughout the world had at least one consortium with a market share of 30% or more…”

“As of today, the shipping liner industry is highly concentrated and operates plenty of consortia. Since 2020, the industry has been exhibiting high freight rates and low reliability. It is, thus, time for a systematic review of whether the alliances and VSAs conform with Article 101 TFEU.”

Of the 51 published submissions to the EC, 39 have called for the CBER to be changed, or not extended. According to Fiata, “only five appeals were made to retain the regulation in its current form, by four shipowner associations and the competition authority of Bulgaria”.

The remainder were neutral, or called for change. As Fiata noted, four called for “reform, which is not an option for the EC in its take-it or leave-it approach”.

The Global Shippers Forum is among those urging reform. James Hookham, director, said: “The trouble is that the commission is limiting itself to a very narrow decision – ‘renew’ or ‘not renew’ – whereas the need is for a wholesale rethink and reform.”