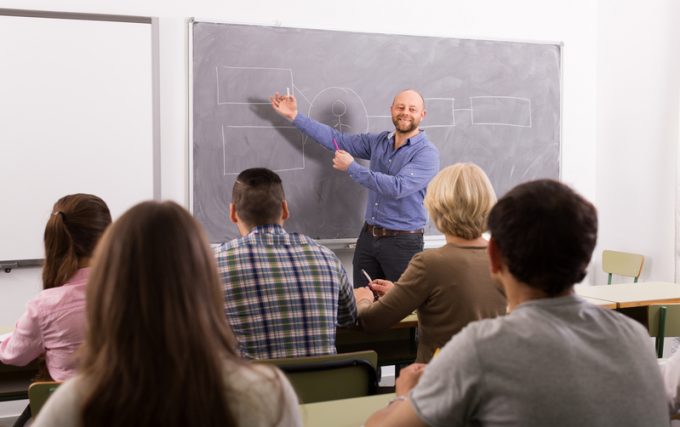 In an interview with The Loadstar on the sidelines of last week’s Multimodal event in Birmingham, BIFA training development manager Carl Hobbis explained that the recent official approval from the Institute of Apprenticeships for the BIFA-supported Trailblazer group forwarding apprentice scheme should give the UK’s freight forwarding industry the capacity to attract far more young people into the sector than it has been able to do in the past.

“The young people in the industry that we have spoken to typically say that they ‘fell’ into the job – although they are virtually unanimous in adding that they love what they do.

“We now have the aspiration to create future forwarders from around the country by giving UK forwarders the ability to go to things like job fairs and community centres armed with the materials, and now with an apprenticeship scheme – to attract new recruits.

“Now that the apprentice scheme is approved, our next step is to create a series of career case studies for potential apprenticeships – what we want to do is create a load of assets to give to companies for their recruitment drives,” he said.

At the end of April, the Institute of Apprenticeships announced its formal approval of the Level 3 International Freight Forwarding Specialist apprenticeship, which takes 18 months to complete and brings with it maximum funding of £9,000.

The scheme comes with three pathways – sea freight, air freight and road freight to “reflect the focus of freight forwarders’ operations”. Whichever pathway apprentices take, specific knowledge and skills will also be acquired in addition to the three mandatory modules.

Gaining the approval was the culmination of 18 months of work for Mr Hobbis.

“The first meeting I had with employers was in September 2016, and then we formed a working group of 10 companies – and at least two of them had to have under 15 employees, so it’s the widest range of type of company.

“I thought on that day that we would create a forwarding module that would be bolted on to another apprenticeship, but the employers wanted something that was specifically for forwarding – a lot of the existing apprenticeships were supply chain or warehousing.”

BIFA director general Robert Keen added that the potential complexities posed by Brexit had helped to persuade many that freight forwarding apprentices could be an effective way for firms to address their manpower requirements. “It was the issue of customs clearance post-Brexit that was the big thing to get the apprenticeships over the lines.”

“One of the problems we’ve got is the uncertainty posed by Brexit – we have reasonable growth in the industry, but given that we don’t know what the relationship will be between the UK and EU next March, a lot of companies are holding off on hiring customs clearance agents.

“They are not willing to recruit until they know what they will need to do,” he said.