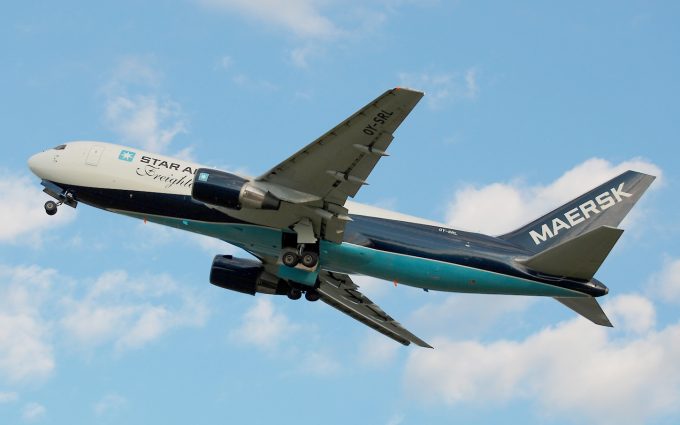 Last week, Atlas Air announced that Flexport would take a third 747 in September as the list of forwarders securing long-term air capacity gets longer – DB Schenker, DSV, Geodis and many others announcing deals.

It is not, maintain some observers, simply a function of low capacity and frighteningly high spot rates; some argue it is because airlines have failed to offer them the solutions they need and they can no longer risk shipper disappointment.

Meanwhile, five shipping lines now own – or are trying to own, in the case of MSC – airlines.

Finally, it appears, the attraction of the narrow product offering of many airlines – airport-to-airport – is waning and other sectors are looking at creating a more integrated logistics strategy for air.

This has of course happened before. The rise of the integrators put airlines on the back foot as their new competitors took hold of the market and offered customers a real one-stop shop that attracted shippers, big and small. Which is precisely what the new shipping-airlines want to do, too.

“The shipping lines are hearing from their direct customers that air cargo, as offered by most forwarders, isn’t working. They are saying ‘we have the cash, let’s do it ourselves’,” said one executive.

Let’s start with Maersk: it has an estimated 70,000 shipper customers (and a swiftly vanishing handful of forwarder customers). While its airline subsidiary, Star Air, currently operates for UPS, it seems highly likely that, once it has the right infrastructure and aircraft, Maersk will phase-out UPS and replace it with its own shippers, which will be offered a fully integrated logistics product range, door-to-door.

“Maersk is smart,” said one air executive. “There has been some paralysis by analysis – it takes too long to make decisions,” he said, citing its failure to secure two 777Fs up for grabs last year, which ended up with CMA CGM. “But it knows BCOs don’t really want to talk to airlines – except a few freighter operators.”

While some very large forwarders believe shippers are not looking for a one-stop shop, in air cargo it seems they are looking for speed, transparency, quality and sustainability, at a bearable cost – and in that order. But the long-held view that airlines should only talk to forwarders has left the carriers out of touch with their ultimate customer.

That’s why BMW set up its air freight via Senator (thus making it attractive to Maersk). And that’s why shipping lines, with an ever-increasing focus, are looking at creating their own integrated air services – perhaps ground handling should be the next acquisitional focus , the next piece of the jigsaw for the shipping-airlines?

CMA CGM, according to various sources, is also gearing up to further integrate its logistics offerings via Ceva and CMA CGM Air Cargo. One source said it had some work to do, however, and was yet to work out how to integrate its airline.

“It will struggle,” said one source, “as it has poor advice and is arrogant enough to think it understands airlines.”

Meanwhile, MSC’s joint bid with Lufthansa for Italy’s ITA Airways is a strong strategy for both partners. LH would be unable to get into Italy, a popular but restricted market, without an Italian partner. It will also, presumably, get access to MSC’s platform of shippers to some extent. MSC, meanwhile, gets a company with expertise to run the airline, and hopefully can leverage some of Lufthansa’s skills in both air cargo and passengers for its cruise business.

In Asia, Evergreen, which owns EVA Airways and NYK Line, which in turn owns NCA, have remained tight-lipped over further integration, but it seems likely it will at least keep a close eye on the moves of its European counterparts.

The move to a one-stop solution could be a strong one. The flying part of an operation is the easy bit, it’s on the ground and the onward logistics that is crucial and can give companies a competitive advantage, along with a BCO-friendly sales team. None of which is being offered by the vast majority of airlines.

The airlines have, in the past, allowed cargo to be no more than a contribution to the fixed costs of a passenger flight. They have shown little or no interest in the ultimate customers’ needs, and appeared to have learned little from the marketshare-eating integrator entrants.

It was unthinkable just two years ago that the next rivals looking to take on air cargo would be their chronically underfunded, slow-moving ocean-going cousins.

But here we are, just at the point that airlines have finally noticed cargo, but are bleeding from the scars of passenger-business killer Covid. And, thus, a great time for rivals to re-shape the industry in a way that shippers really want.

A new sea-air terminal in Mombasa is aiming to more than halve the transit time for goods moving between ...