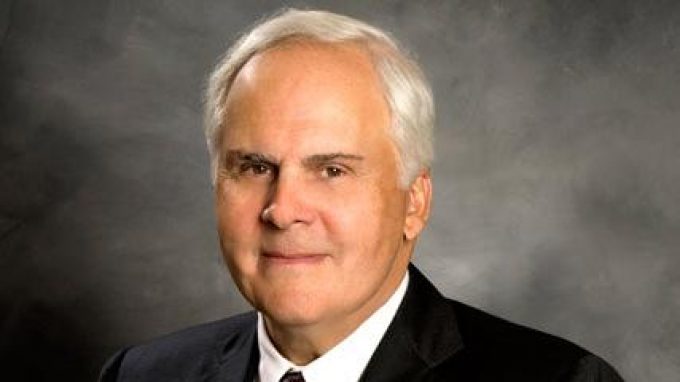 Fred Smith, founder of FedEx, has lambasted the US government’s position on trade, and has filed a lawsuit accusing it of placing “an unreasonable burden” on the carrier.

In an earnings call last night, Mr Smith decried the US protectionist strategy.

“Now we have a huge dispute where the United States has basically become protectionist – defined as ‘I will make everything I need in my own borders. I don’t need to import things, and quite frankly don’t particularly need to export them’ – despite the fact that 95% of the world’s population is outside the US.

“We [the government] don’t agree with the Chinese position on trade either and been very vocal about that, which is mercantilist: ‘I would like to sell to you, but I won’t buy from you on a reciprocal basis’.

“Clearly we’ve been very disappointed over the last few years with the assumptions that we made on the growth in international trade, particularly with the Trump administration. The United States policy since 1934, with Roosevelt and secretary of state Cordell Hull, has been to expand international trade.”

“So [the Chinese authorities] audit us in Guangzhou and many other locations. And probably there has been an increase in audits as a result of this. But we’ve cooperated fully with the China State Postal Bureau and its investigation of two mis–routed packages and the erroneously returned package.”

Yesterday, FedEx filed a lawsuit, which Mr Smith said was not prompted by the Huawei problem, but by the increasing number of export regulations.

“Last Friday, there were five new entities added, with these extraordinarily opaque requirements. And, contrary to what is heard in the media, we don’t have to be complicit in this. It’s strict liability.”

Noting that mistakes could result in a fine of $250,000 per package, he said: “This is not about prohibited items and contraband, it is about regulations that the Department of Commerce administers, which prohibit entities … from exporting or importing, and that’s quite different. And in many cases, they’re either prohibited completely, or restricted to various destinations or to various commodities or certain contents.

“In turn, that requires a common carrier like FedEx, when one of these entities is put on the list, to in essence certify, and in fact get a certificate from the shipper on, basically what’s in the package or in the shipment.”

Mark Allen, FedEx’s general counsel, explained: “The action we filed yesterday in the Federal District Court in DC requests that the government be permanently enjoined from enforcing the export administration regulations against FedEx in circumstances where we have no actual knowledge that the contents of a shipment are subject to the Export Administration Regulations (EARs).

“The BIS takes the position that a common carrier like FedEx can be held liable for shipments that do not comply with the EARs without requiring any evidence that the carrier had any actual knowledge of an apparent violation.

“We believe very strongly that the imposition of this sort of strict liability is a clear violation of our constitutional due process rights under the fifth amendment.

“We cannot know the contents of the 15 million packages we handle daily, and whether those contents comply with the complex EARs.

“By requiring us to police the contents of packages moving through our global network, the government is placing an unreasonable burden on a common carrier.”

You can read the transcript of the FedEx earnings call on Seeking Alpha, here.