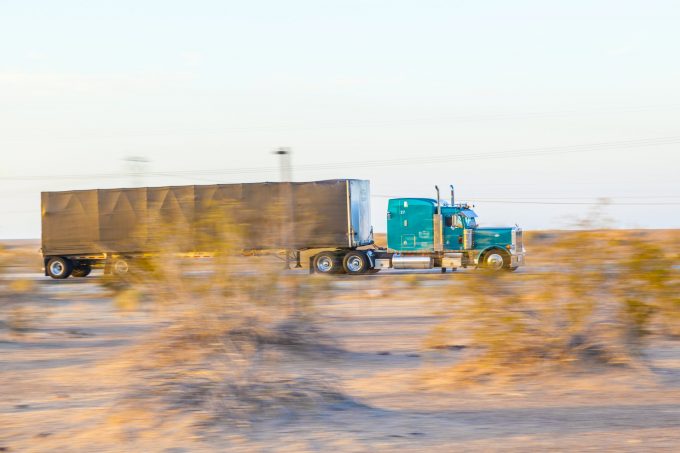 The loss of momentum in the US trucking market spells pain for smaller operators.

Recession may be on the cards, but for now, larger players are still enjoying a strong market – especially if they have signed clients on contract rates.

Business took a marked turn for the worse in the latter half of March; after robust growth that pushed trucking rates into the stratosphere, key indicators went into a sharp reverse.

Brad Jacobs, chairman of XPO Logistics, told the Economic Club of New York last week: “Fasten your seat belts and tighten up. We’re in a place where the future is not very clear what is going to happen.

“In the supply chain you look at truckload rates; what’s the price to transport a full truckload of freight from A to B, and they’re down 30% in the last month. That’s a huge move in a few weeks.”

He noted that the load-to-truck ratio had shrunk from 11:1 a few months ago, to 4:1, adding that tender rejection rates slipped about 4% from a year ago to about 11%.

The monthly update on freight market conditions from Arrive Logistics confirms this rapid downturn. Its authors wrote that tender rejection rates slumped more than 40% since early March, to around 11.07%, the lowest level recorded since mid-June in 2020. This was a sharp decline from January and February, which saw tender rejection rates retreat 18%.

And the decline has hit pricing levels. Average dry van and reefer spot rates in March were down year on year for the first time since 2020, they noted.

Trucker stocks are trending down. In a research notem one analyst at JP Morgan downgraded several carrier stocks, as did another at Bank of America, which led to a double-digit decline in their valuations. The JP Morgan analyst warned that a freight recession seemed inevitable, albeit not at this point.

There is broad agreement that, for now, the market has slowed markedly but not contracted yet. This is confirmed by the CASS market report for March, which diagnosed a slowdown in volume, but no contraction so far.

Consumer buying power is still strong, reported Mr Jacobs, adding that he still sees an upside for the industrial economy.

However, he cited several concerns casting a shadow over the business climate, from war and inflation over higher interest rates to the possibility of a slowdown of the US economy.

Arrive Logistics’ analysts anticipate continued downward pressure on spot rates, at least through mid-May, when summer peak season kicks in, they wrote, adding:  “Deflationary market conditions remain the most likely scenario for the remainder of the year.”

The drop in tender rejections points to a reduction of freight available in the spot market, they pointed out. This is adding pressure on small trucking operations, which tend to play chiefly in the spot market. Truckers that have signed a large share of contract rates are better insulated against the rapid surge in fuel costs, as this is usually covered in their contracts, whereas operators in the spot market are hit severely by the higher costs.

“What made March unique was that shippers paid historically high prices to ensure that more of their loads moved under a longer-term contract, reducing their need for trucks on the spot market and causing rates to soften,” said Ken Adamo, DAT’s chief of analytics.

“At the same time, carriers’ operating costs increased because of higher fuel prices. As a national average, fuel cost $1.07 per gallon more in March than in February, and $1.95 a gallon more year on year,” he added.

“Historical precedent indicates that carrier failures are likely due to the rapidly increasing fuel costs, which would result in making equipment and drivers more available to large fleets,”

For now, though, truckers should be able to cope, as the market is still affected by supply chain challenges and driver shortages, they pointed out.

Managers at JB Hunt see a bifurcation in the market. In a call with analysts following the release of the company’s quarterly results, chief commercial officer Shelley Simpson said demand for its services continued to exceed its capacity.

She added that the slowdown in the spot truckload market would be more likely to hurt smaller carriers operating in the spot market.