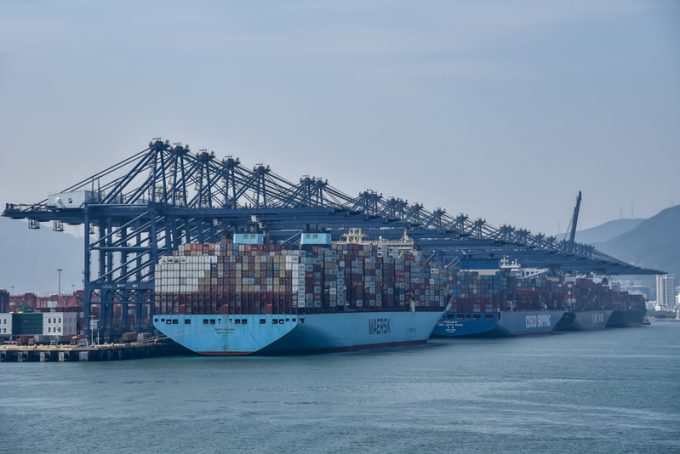 Export operations resumed at Shenzhen’s port of Yantian on Monday, but a 20,000 container backlog and slow productivity means at least another week of delays.

The past 48 hours saw a raft of schedule omissions, with ONE announcing 12 of its vessels would skip Yantian and nearby Shekou between 30 May and 13 June, and a further two services switching to Nansha, in Guangzhou.

Hapag-Lloyd said it was temporarily switching two of its Far East loop sailings to Nansha, while Maersk said it would omit nine calls at Yantian and one at Shekou.

“Operation in the eastern area of the terminal, where mother vessels mainly berth, continues to experience low productivity, which is about 30% of its normal level. We expect continued terminal congestion and vessel delays upwards of seven-to-eight days.”

And, despite the omissions, there are reportedly some 40 containerships at Yantian waiting for a berth, and a 20,000 container backlog, according to Chinese media.

And on the landside, he said, there was still heavy traffic around the port, with container pick-ups delayed up to 10 hours.

While YICT is now accepting laden exports, slots are only available for containers within three days of a vessel’s estimated time of arrival, and only after the terminal confirms the advance reservation made by trucking companies for laden container gate-in, Maersk noted. The measures are intended to reduce the traffic and yard congestion, but forwarders have warned it could also exacerbate South China container shortages.

Mr Holmqvist said container availability has also been impacted by the delays, due to the reduced number of incoming boxes to the port.

“We recommend our clients to place bookings in early advance to secure space, at the moment as long as three to five weeks in advance,” he added.

And one China-based cargo owner commented: “This is going to compound the already dire situation for container and vessel space, not to mention the ridiculously high shipping prices. None of this is going to get better any time soon.”