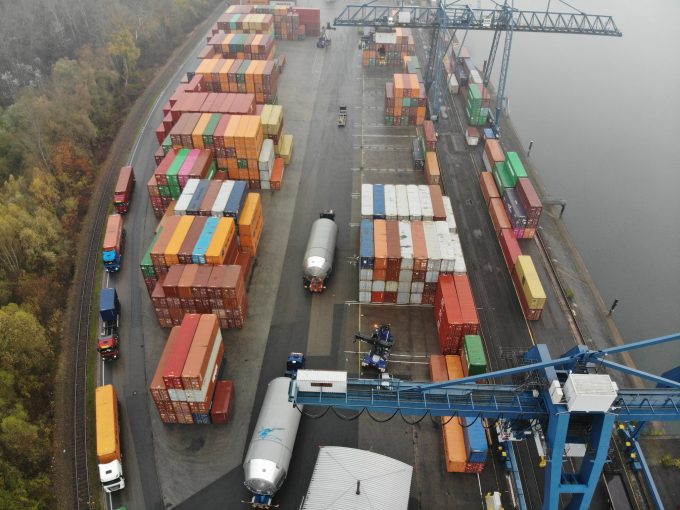 Barge congestion in the region have hit a 13-week low, but with high water levels and flooded rail and road networks, delays are worsening for cargo owners.

Evofenedex’s head of collective bargaining, Pieter van Schaijk, told The Loadstar: “We have members suffering from blockages of the inland waterways in the direction of Rotterdam.

“This is leading to longer waiting times at inland ports, or, if it’s possible, a shift towards other modes of transport.”

But he added: “That said, we expect most Dutch waterways to be reopened in the next few days, or even hours.”

One forwarder said it had experienced a “slew of cancellations on barges last week, with the rainfall leaving the waterways mega-swollen”,  and sources said volumes on the waterways had been significantly reduced since the flash floods after several months-worth of rain fell in just 48 hours,.

But even before the worst of the floods hit on 14 July, barge operator Contargo was advising customers that high water levels along the Rhine had made navigation in some places only possible “with limitations”.

And now concern is mounting over the after-effects of the flooding on inland water services, with sources citing damaged infrastructure, floating debris and sunken wrecks.

“With the Maas and Rhine hitting extremely high levels, they pushed water into side rivers not capable of digesting those kinds of water volumes, and for transport these side rivers are generally non-navigable, so the impact’s limited,” said one operator.

“Now, though, those rivers are emptying back into the main waterways, carrying lots of driftwood and garbage, which poses risks to barges on the main rivers.”

There is a general belief the situation on the Rhine will be dealt with more promptly – one source noted that floods of a similar magnitude hit every two to five years, it is only the season that is untypical – although sources said the high water level at Cologne was still causing delays.

Expectations are the Maas will take a little longer to deal with, because while the danger of flooding has subsided two sunken vessels are presenting problems.

The source added: “The Liege Container Terminal remains inaccessible due to the submerged ships and authorities are now looking at procedures for raising them – one of which is certainly a houseboat.”

Furthermore, it has been claimed problems with a gantry crane at the terminal were delaying things, but there were some optimistic noises as this story went to press.

Secretary general of the European Barge Union Theresia Hacksteiner said: “Although traffic has been hindered during the catastrophic flooding, our members are saying it is now very much under control.

“The Albert Canal is open again for navigation and the Maas is expected to reopen shortly.”

Congestion across Rotterdam’s inland waterways continues to worsen, amid claims that the situation “deteriorating” by ...