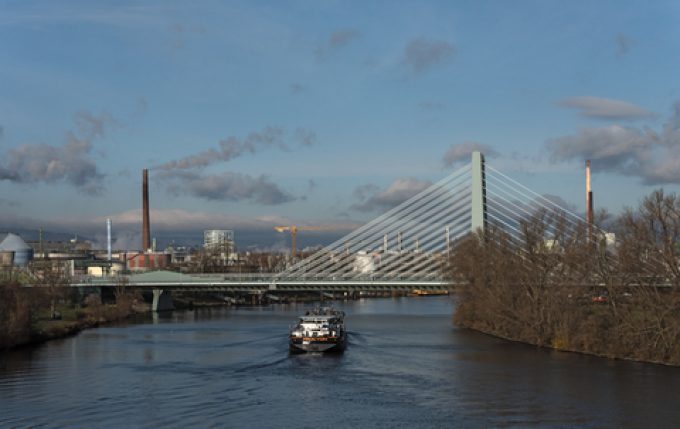 Operating since 2004, Industriepark handles barge, rail and truck transports along the Main and Rhine rivers and the expanded facility will include more truck parking, infrastructure to accommodate electric vehicles and an additional container crane.

Contargo said: “Extension of the terminal is expected to be completed by end-2023/early-2024, and the agreement with the park is extended to at least 2042.”

Given years of complaints about the lack of space along northern Europe’s inland waterway terminals, the expansion will bring relief in some quarters where barge users have, at times, faced weeks-long delays.

But inland waterway consultant Gunther Ginckels said the congestion was largely the result of bigger ships and the failure of deepsea ports to adapt.

“Presently, there is no congestion on the waterways and it is limited at inland terminals. The bottlenecks are occurring in the deepsea ports where terminal operators have failed to invest in facilities supporting multimodal operations,” he told The Loadstar.

“For inland navigation, the main issue remaining is a substantial lack of berthing space.”

There had been some speculation that, with container lines having suspended loops in a difficult market, some of these issues may resolve naturally.

One industry source told The Loadstar that, with demand “down dramatically”, there would be a number of Asia-Europe loops suspended, which would “take a lot of the pressure off the main hubs”.

The source added: “Moreover, carriers are likely to face pressure from shippers to improve schedule reliability in the ‘new normal’, which means ships will hit their berthing windows more often, resulting in improved landside, feeder and barge operations.”

Mr Ginckels, however, suggested that while loop reduction would “obviously have an effect” on berth space, it did not get to the root of the problem. He said: “Container carriers haven’t downscaled vessel sizes, which will continue to put pressure on yard capacity at those ports unable to handle the excessive 23,000teu vessels. That is the landside bottleneck.

“I hope I am wrong, but extending inland terminals and lower frequency of ocean vessels will have little impact on inland navigation congestion as long as the deepsea terminals neglect to update facilities for these big ships.”