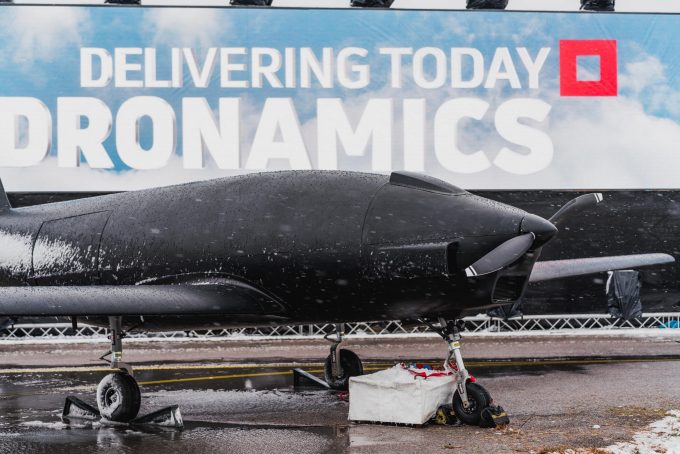 It is not the first drone operator to get certification, but Mr Rangelov claimed to The Loadstar that its Black Swan design offers the biggest cargo capacity and range of those approved.

The Black Swan can carry 350kg up to 2,500km, and the company intends to start operating its first flights between Malta and Italy and across the Mediterranean region.

“From a regulatory standpoint, with this licence we can start flying commercially tomorrow,” said Mr Rangelov. “We are in the final stages of testing and, as soon as we are done, we will be able to begin commercial operations.”

“Our goal was never to fly over cities to land at busy airports, but rather under-served tradelanes,” he explained. “Flying routes where there has not been enough capacity for a full-sized freighter.

“We’re not going after the cargo market, as it is always better to use a freighter if one is available, but if you just need to move 300kg, you need to wait for another 20 tonnes before it can take off.”

Dronamics is entering a crowded field, with various designers vying to lead the emergent drone-delivery segment – though not all of them with the intention of also operating the drones, as Dronamics will.

However, it appears that last-mile drone delivery, long thought to be the future, is falling out of favour with the parcel giants. Klaus Dohrmann, VP innovation Europe & trend research at DHL, said recently his company did not expect last-mile delivery to be automated “anytime soon”.

Instead, the focus appears to be shifting to longer-range journeys, with drones’ point-to-point capability the main selling point.