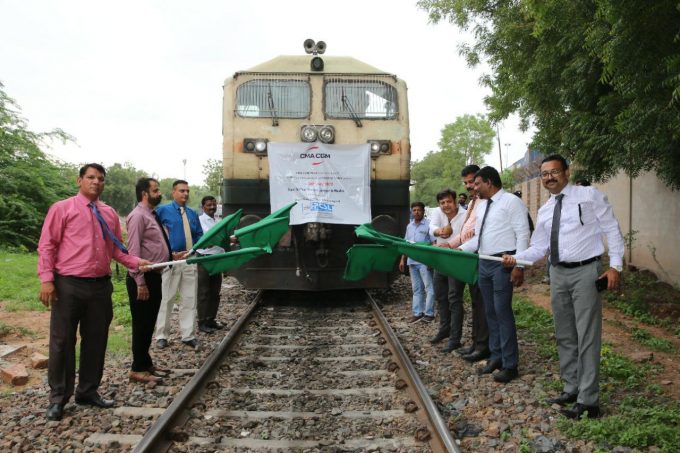 Indian Railways (IR), the public enterprise that governs and operates the country’s rail systems, has again scaled down the haulage subsidies allowed for the movement of empty containers.

The rebate scale, reduced from 25% to 15% in April, has this week been revised further, to 10%, through the end of October.

Haulage charges are the fees levied by IR on containerised rail operators for the use of its infrastructure network.

The subsidy scheme was introduced early last year, as part of government efforts to induce container carriers to reposition more empties on the hinterland side, necessary to meet a sharp spike in export volumes.

But now, in addition to the cost additions from the subsidy reduction, Indian shippers face an all-round increase in the terminal handling charges (THCs) levied by carriers for railed cargo. MSC and CMA CGM have already issued new ancillary rates for various ports in India.

The Geneva-based liner implemented the THC revision on 8 July, and from 15 August, CMA CGM will also raise THC rates across Indian ports.

Trainloads or ICD contributions out of northern India make up a significant portion of volumes moving via Nhava Sheva and Mundra, particularly at the latter.

In another rail expansion move, CMA CGM today announced it had opened a blocktrain service from ICD Thar (Jodhpur) to Mundra, claiming the addition had taken its weekly capacity to 1,620 teu out of 15 block train trips (imports/exports combined) a week.

Atit Mahajan, MD of CMA CGM India, said: “Our new dedicated service will reduce the ICD export pendency to the minimum and will connect ICD Thar and Mundra directly in 24-30 hours, with priority handling at the port.”

While stakeholder efforts like this would undeniably enhance the modal shift from road to rail – critical to improving port flows – growing inland costs have become a “double-whammy” for cargo owners.