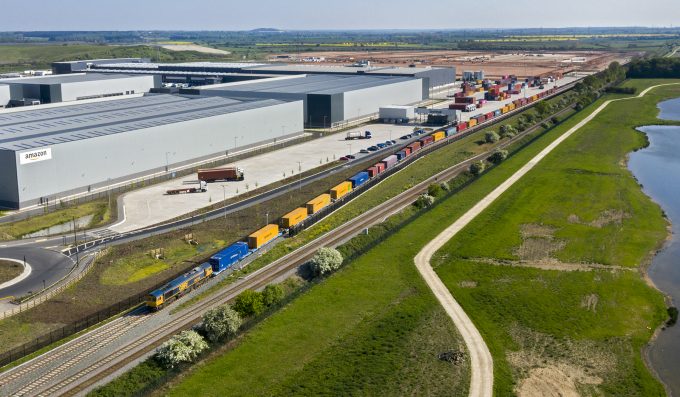 UK logistics hub iPort has kicked off phase two of its development process with the news that it has landed two additional daily rail services from Teesport.

“It’s about 90 miles to our facility from Teesport, so until now the shipper had favoured using road over rail,” said Mr Freeman.

“However, we have been trialling the service for about six weeks and shown proof of concept – importantly, with Teesport we have a working model of short-hauls working.”

Almost a year ago to the day, The Loadstar reported that CMA CGM was set to acquire Finnish shortsea specialist Containerships. The deal completed in October, and Mr Freeman said he believed this had opened the door for the shuttle service from Teesport to become a reality.

“When CMA CGM acquired Containerships it brought with it its pro-rail stance, and was much more receptive to what we had to offer,” he continued. “In terms of where we go from here, we have the scope to increase services.

“We are also keen to look at launching more of these short shuttle services and have been looking at the Humber ports, with discussions underway with some of the port operators.”

The news has come at a good time for Verdion-backed iPort, which entered phase two of its development schedule, signing up a “major online retailer” to a 731,000 sq ft warehouse.

Located just off the M18 in Doncaster, the site boasts not only its own rail link but room for nine million sq ft of logistics space, with existing occupants including Amazon, Ceva and Lidl.

“Our official opening was in September, with four container trains a day coming through – these weren’t rerouted services but entirely new services,” said Mr Freeman.

The service certainly appears to have taken off, with all iPort’s existing customers receiving freight by rail, even if it not in “huge” volumes.

Commercial manager David Cross said that just receiving some freight gave the service validity, adding that those services from Felixstowe and Teesport were “always full”.

“We think a lot of that is because people are more concerned with the effects of supply chains and the goods they buy,” Mr Cross told The Loadstar at Multimodal in Birmingham yesterday.

“Trains are better for the environment; they take traffic off the roads, which reduces congestion, and there are fewer traffic accidents as a result.”