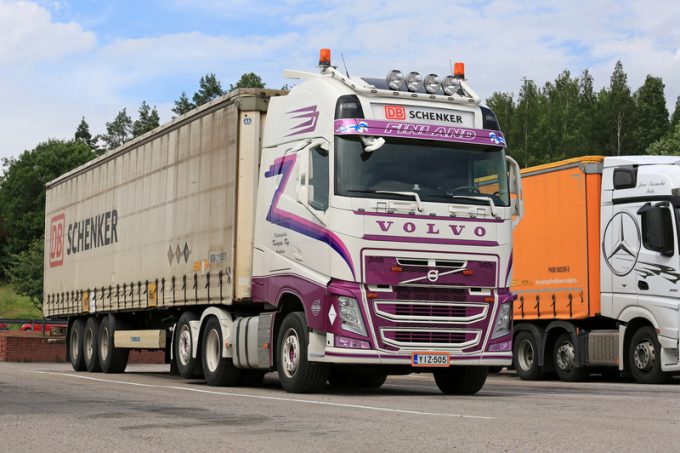 Deutsche Bahn (DB) is leading dozens of German companies in a lawsuit for damages from a cartel of truck manufacturers.

This morning, the German company filed a lawsuit in Munich against DAF, Daimler, Iveco, MAN and Volvo/Renault.

They illegally agreed on gross list prices for trucks between 1997 and 2011 and have received fines totalling €3.8bn. Now they face class actions from customers as well.

Deutsche Bahn has joined its claim with that of the German Armed Forces, which also had been “severely affected”, and 40 or so corporations, including airport operators and logistics companies, have also assigned their claims to DB. DB told The Loadstar that the full list of companies is confidential.

“Deutsche Bahn is absolutely determined to get full compensation from the members of the cartel,” said Ulrich Weber, DB board member for human resources and legal affairs.

“The illegal price fixing has caused enormous damage to our company and to the other parties concerned.”

According to the UK’s Road Haulage Association (RHA), which has been encouraging hauliers to join its class action, claimants could receive some £6,000 (€6,785) per truck, which in DB’s case could result in damages of some €237m – the German company said that at DB Schenker alone, several thousand trucks were affected.

There are also other lawsuits pending. The RHA  has urged hauliers to come forward and join its own legal action against the manufacturers. It is working with law firm Backhouse Jones and insurance broker Therium Capital Management, which is underwriting the fees.

The EC case established that the truck manufacturers had illegally agreed on gross list prices, delayed the introduction of new technologies to reduce emissions and passed the costs for these technologies on to the customers.

“The specialists at Deutsche Bahn have substantial experience and have already been highly successful in enforcing cartel damage claims,” said Dr Katrin Suder, secretary of state in the Federal Ministry of Defence.

Three years ago, much to the chagrin of the air cargo industry, DB Schenker launched two civil litigation suits against a number of major airlines which were found guilty of price-fixing and gave “inadequate offers” of settlement. It claimed not only for damages, but interest accrued, amounting to $3.3bn.

It told media at the time it was hoping for out-of-court settlements, which “irritated” the carriers. One airline told The Loadstar: “We believe there was no real financial damage to our customers. These are extremely high figures in a low-margin industry, and they would have passed the surcharges on to their customers – so who suffered the damage, the forwarders or the shippers?

“It’s a dangerous development that makes life difficult for everyone. Having legal issues is normal, but is it wise to fight such a war in the media? It’s highly unusual.”