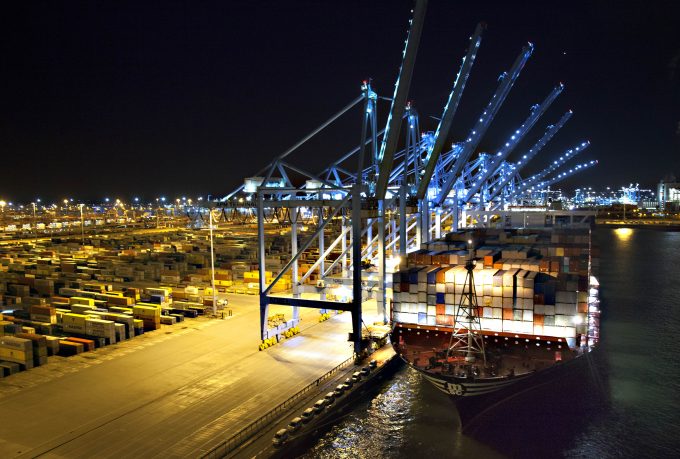 The high number of blanked sailings from Asia to North Europe is leading to some carriers operating “ghost ship” loops on the tradelane.

Alphaliner reported this week that the 2M’s AE1/Shogun service was showing just the 14,036 teu MSC Alexandra on a proforma loop that would normally deploy 11 vessels, ranging from 13,000 to 20,000 teu.

“Though not formally closed, the service is currently a ‘ghost loop’ that has lost almost its entire fleet,” said the consultant.

It said the 2M’s capacity management strategy for the demand slump, and the expected slack period after Chinese New Year, was to concentrate its blankings on two of its six Asia-North Europe loops, including axing four AE55/Griffin departures and the AE1/Shogun cancellations.

“Focusing all cuts on these services allows the 2M partners to maintain regular sailings on other loops, including those that reach into the Baltic to directly serve Sweden, Denmark and Poland,” said Alphaliner.

And it added: “The AE1/Shogun loop will not have a complete fleet any time soon, as Maersk and MSC decided to void the first two sailings of 2023, based on forecasts that indicated low cargo demand.”

The MSC Alexandra is scheduled to arrive at Felixstowe this week, on an inducement call as the UK port does not feature in the AE1/Shogun proforma rotation.

The immediate outlook for the tradelane is “grim”, according to a UK-based carrier contact, who told The Loadstar recently he could not recall such a slump in demand in his many years in the liner industry.

“We are having to decide whether to sail the ships that are not blanked with half a load, or slide them into the next week,” he said.

“I just don’t see how or when consumer demand is going to recover in Europe,” he added.

And Maersk’s Asia-Pacific market update, published at the end of December, was equally downbeat on the outlook for Asian exports.

“The outlook is more pessimistic than optimistic, as the possibility of a global recession weighs on sentiment,” said Maersk, adding that cargo demand remained “weak” and this was “expected to continue into 2023 due to a combination of high inventory levels and the likelihood of a global recession that could already be under way”.

Nevertheless, Maersk’s 2M partner, MSC, is clearly more optimistic about a demand recovery in the longer term, having by far the largest orderbook of all its peers with 124 ships on order for a capacity of 1.73m teu.

Moreover, the Geneva-headquartered carrier also grew its fleet last year with a massive 411,000 teu of capacity (a capacity growth of 7.5%), mainly from second-hand vessel purchases, according to Alphaliner data, and, with 4,598,373 teu, stretched its lead over Maersk in the capacity rankings to some 400,000 teu.