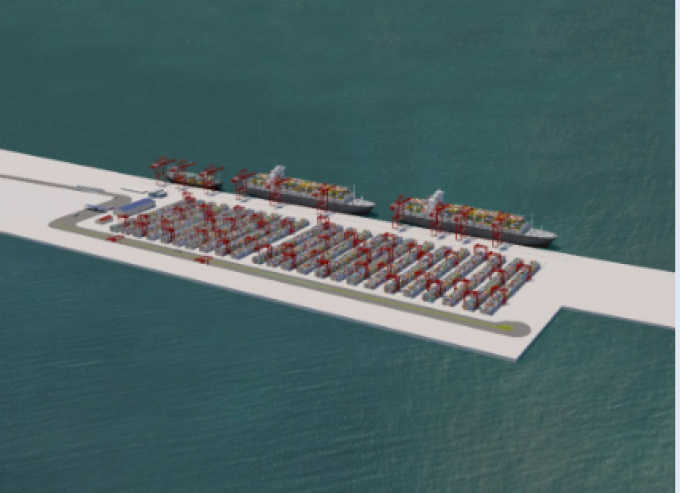 The prospect of a new 1.5m teu deepsea container terminal in the centre of the UK’s east coast is garnering interest from ocean carriers and shortsea services looking for more sustainable port operations.

During peaks in demand, the UK’s existing container hubs struggle to cope with larger-than-normal exchanges.

In addition, this year industrial action at the ports of Felixstowe and Liverpool, with prolonged strikes at the latter, has relegated the UK market to an outport status during heavy congestion periods.

Now entrepreneur James Sutcliffe is leading a proposal for Centre Port Holdings, which has announced the first stages of a tidal energy scheme incorporating a deepsea container terminal in The Wash, in the north-west corner of East Anglia. 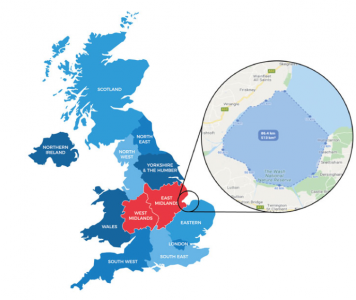 The £2bn ($2.4bn) project would include building a hydro-electric structure across the mouth of The Wash to capture the incoming and outgoing tides twice a day, providing energy for the terminal and, it is claimed, up to 600,000 homes and businesses in the region.

Phase 1 of the new box terminal would involve construction of a quay and landside area capable of handling up to 1.5m teu a year and berthing two ULCVs simultaneously, in addition to a feeder or coastal vessel.

The facility would be served by 10 ship-to-shore gantry cranes, including quad-lift cranes capable of picking up four 20 ft or two 40 ft boxes in one lift.

It is proposed that, as well as the construction of new journey-shortening access roads, the terminal would be served by a rail facility linking into the Skegness to Birmingham rail line and carrying up to 40% of the container traffic.

Additionally, Centre Port says, the hydro-electric structure would act as a flood defence against exceptional tides flooding low-lying agricultural land and the population of some 1m in the region, a result of the impact of climate change.

Centre Port has partnered with multinational energy and services provider Centrica, which has invested in order to begin a feasibility study into the project.

Greg McKenna, MD of Centrica Business Solutions, said his company was “excited” about the proposal.

“The project represents one of the largest tidal power schemes anywhere in the world and would provide a reliable source of green energy to the UK,” he said.

Mr Sutcliffe, whose career includes the founding and funding of the innovative DCT Gdansk 500,000 teu container terminal in Poland in 2007, said there had been “a lot of interest” from shipping lines in the project.

Indeed, at a well-attended pre-launch event held at the House of Commons in London last week, guests included a major ocean carrier and a large intra-European shortsea line.

Although unable to confirm that any user deals for the container terminal were imminent, Mr Sutcliffe told The Loadstar a potential shortsea customer based in Rotterdam would “jump at the chance” of using the facility.

Moreover, some major carriers have shown a preference for investing in ports and infrastructure to support their networks and offer shippers a more reliable service.

The scheme is now seeking to raise £8m for the two-year feasibility study.