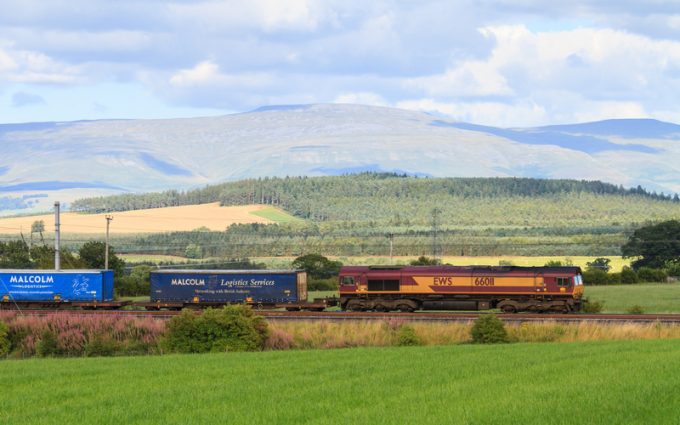 DB Cargo and Maritime Transport are to launch a joint intermodal product in the UK.

Branded Maritime Intermodal, it will initially offer four services from Felixstowe and Southampton, with DB contracted to supply rail freight capacity, and it will also provide road freight capacity for DB’s terminals in Manchester and Wakefield.

Chief executive of DB Hans-Georg Werner described the agreement as “an exciting opportunity”.

“It brings together two of the largest and most successful freight companies in the UK to offer an industry-leading service to customers,” he said. “It will enable us to focus on what we do best – efficient and reliable running of rail freight services – while giving Maritime the platform to offer further capacity for container traffic.”

Maritime chairman John Williams said the company would “significantly invest” in both equipment and machinery. he said Maritime Intermodal “has been created with the intention of offering increased resource to our customers in an increasingly difficult market place”.

Expectations are that across the four services, some 32 million road miles will be removed from the UK network, reducing congestion and greenhouse gas emissions. It may also relieve hauliers of some of the strain linked to the shortage of HGV drivers across Europe.

Last year, the FTA reported that intermodal rail services were recording “encouraging” business growth, however, it says this has seemingly been ignored by the UK government. The Loadstar reported recently that a £3bn upgrade to the trans-Pennine rail corridor had been signed off, despite some tunnels being too small for modern freight trains.

Mr Werner noted that intermodal traffic was the “fastest-growing freight market” and added: “Even so, our terminals were underutilised… Maritime is successful and has the volumes and desire to turn these assets into sustainable and profitable centres.

“It’s a real win-win and we look forward to working with Maritime.”