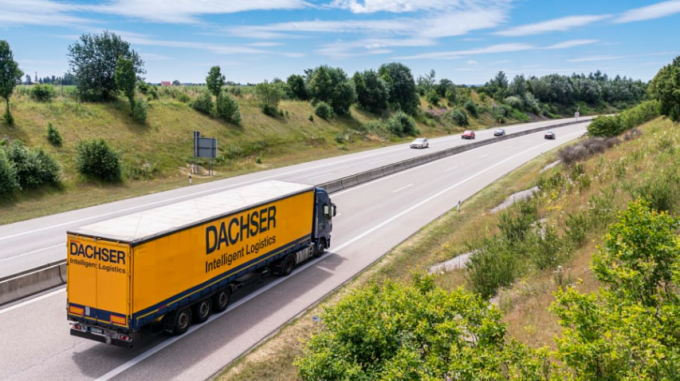 Air and Sea Logistics saw revenue growth of 5.2%, to €1.2bn, as it “benefited from the shortages in air and sea freight capacity, and the corresponding rise in freight rates throughout 2020,” it said, as well as activity in Asia.

It added that its own chartered air freight capacity had also helped push up revenue. But the number of shipments fell 2.5%, to 78.6m, while tonnage fell 2.9% to 39.8m tonnes.

“We responded swiftly to the bottlenecks in air freight capacity by chartering aircraft to expand our own capacity, initially for medical supplies, later also transporting other goods. Overall, we operated around 150 charter flights between Europe, Asia, and the US during 2020,” said Dachser’s new CEO, Burkhard Eling.

Dachser noted that “the sea freight situation was no better, with scarce capacity and the acute lack of empty containers resulting in a volatile market and soaring freight rates”. However, it said, its “ocean groupage” LCL product had benefited.

“Given the great potential we see for this premium service, we aim to further enhance the frequency, capacity and quality of our LCL routes and push ahead with connecting them seamlessly to our European groupage network,” added Mr Eling.

The forwarder’s Road Logistics business, which comprises European logistics and food logistics, saw net revenues for the year fall 2.2% to €4.5bn, as it became “impossible to fully compensate for lockdown-driven reductions in European volume in April and May”.

Its European logistics arm in France and the Iberian peninsula were the hardest hit, it said. The Europe division saw revenues decline 3.2% to €3.52bn. But food grew 1.9%, to €982m, in what the company said was a volatile year, “marked on the one hand by panic buying in supermarkets and on the other by repeated closures in the catering, hospitality, and events industries in Germany”.

But tonnage increased 1.6% as Dachser signed up new customers and received bigger volumes from existing ones.

“Following a solid first quarter, the lockdowns in many European countries meant sometimes drastic declines in overland transport shipments,” said Mr Eling. “There was a clear improvement by June, however, with volumes remaining more or less consistently above 2019 levels. Our business model has proved that it can withstand crises, at the same time boasting strong growth potential and adaptability.”

The forwarder continued to invest, despite the pandemic, with €142.6m going into its network. This year it has earmarked some €190m, to “create additional contract logistics capacity, and forge ahead with digitalising processes and business models”. It has formed an IT and development unit to support this change, headed by Dachser veteran Stefan Hohm.

It said it would also continue to invest in training; last year saw 625 new trainees and students starting at Dachser.

“Our goal is to preserve the company’s strengths while enhancing its agility,” said Mr Eling. “In other words, we are expediting the integration of our networks and the introduction of digital technologies for use in areas such as machine learning or swapbody localisation. We will also be stepping up our sustainability and climate protection efforts.

“Over the next two years, we intend to start by expanding our Dachser emission-free delivery areas to at least 11 European cities, while deploying more battery electric trucks and electrically assisted cargo bikes.”

“We have delivered on our promise to be a rock of stability during the coronavirus crisis.”

A family-owned business, Dachser did not disclose profitability or any other financial details.